I took a funeral policy from a certain bank. I paid for 3 good years without skipping a single premium. My employer then introduced a much cheaper group scheme and I decided to cancel the bank policy. I went to cancel two weeks back but I am not getting a cent for all the monies I paid. I haven't even claimed for a single life I covered. Thanks. 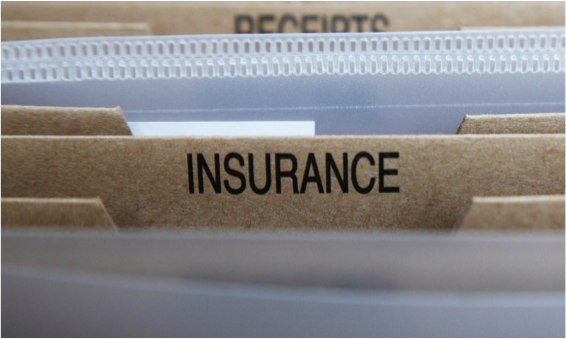 I’m sorry to sound unsympathetic but would you be happier if one of your relatives had died?

If one of the people who you covered by the policy had died in those three years then the bank would certainly have paid out. That’s what you were paying the bank for. They were taking the financial risk on your behalf that one of your loved-ones would die. During that period they WOULD have paid for any funerals instead of you being forced to do so.

Think of a comparison. Imagine you sign a 2-year cellphone contract where you pay P500 every month but you don’t actually make any calls. After two years would you expect to be able to reclaim the 24 payments of P500? No, of course not. You had the chance to make calls if you needed to. In the same way, you COULD have claimed against this funeral policy if someone had died. You were lucky (or unlucky) enough not to have a tragedy. You received the benefit you paid for.

I received a call from a salesperson from Deetha Leisure in South Africa by the name of Oscar on 10th April 2014 inviting me to purchase a special package for R5,999. I asked him to call me again on 14th which he did. I again asked him to explain the product and how I will be paying. He said I could pay about R500 a month if I agreed, he then said one of the managers will call me later that day and indeed I was called by a certain Doctor in the evening who instead offered me an even better package for R9,999 with more benefits and he said I could pay for that over 24 months at around R500 per month.

To my utter surprise and disgust, I realized that an amount of R7,800 and another one of around R900 was taken from my account on the 15th April 2014.

Much as I was interested in the product, I no longer want it due to the sheer dishonesty and unprofessional conduct of the two gentlemen and would therefore demand all my money back. I believe it is not right to take money that you and the customer have not agreed on.

Here we go again. Another holiday discount club that takes potential customer’s money without their permission.

We’ve heard many times from consumers who have been “cold-called” by such companies and who have been asked for their credit or debit card details, to “check eligibility”, or to check if they are “eligible for Gold membership”. If asked, they assure them that they won’t actually charge them but within minutes of giving out their card number and hanging up the phone, their cellphone beeps and they see money has been deducted from their account.

On their web site Deetha Leisure describe themselves as “focused on Travel, Loyalty Programmes and Consulting” have “a vision of offering travelling needs at an affordable rate and make travelling easy and affordable”.

In an email sent to this reader in July by their representative, Jabulani, he said that he was “Sorry for the inconvenience caused but I assure you as per our telephonic conversation the matter it's been dealt with yes I agree it's taking long and I must sincerely apologize for not being in contact or send you any correspondence regarding the matter at hand”.

When I contacted him, Jabulani told me that “this matter will be settled its only a matter of time as soon as we have finalized the date on our side she will be notified of the reimbursement”. That seemed rather vague to me so I asked for a bit more clarity about when she would get her money back. He told me that, “as soon as the date is set for the reimbursement she will be notified”. Unfortunately Jabulani didn’t respond to any further emails I sent him.

I’m sorry but this is simply not good enough. Deetha Leisure have had this lady’s money for four months without her permission. She should have received her refund within days, not months. Until they do the decent thing, I suggest you immediately hang up if Deetha Leisure ever contact you.
Posted by Richard Harriman at 18:31