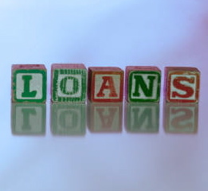 I applied for a loan with a bank in Gaborone and upon my application I was told that my loan has been approved. Since I had no account with that bank, I had to apply for an account with them. I moved my account from my old bank to the new one and I was advised that my first salary has to be deposited into the account, then the loan will be transferred to the account.

On the 5th August I was told that my loan has been declined. I find this unprofessional and inconvenient to me because I was sure of my status on the loan and I had to move my account to the new bank knowing that my loan is 100% approved. I believe I have a right to be told what to do when your application is not successful for me to apply again. Is it possible to tell someone that your loan is approved but later say its declined? I moved my banking from my old bank for their "approved loan" now they are saying that its declined. I need your help and advice concerning this matter.

This isn’t good enough. The new bank has let you down badly.

Of course they might say that the loan wouldn’t finally be approved until they had invited you in to sign the final agreement but allowing you go to all the bother of opening the new account and transferring your salary is really unprofessional.

I think the bank has a responsibility to do one of two things. Either they can bend the rules a bit and approve your loan (assuming you are close enough to being approved) or compensate you for the cost and bother of transferring your accounts for no good reason. Either way they owe you a full explanation and an apology.

With your permission we’ll contact the bank on your behalf and see what they can do to help you.

After buying I discovered that the 2 back shocks were gone. After persuasion the dealer replaced them by fitting new ones. Some time last week I heard an unusual knock on the rear back passenger side and we checked it and discovered that the shock was holding with 2 bolts instead of the 3 normal ones. I was checking with another local dealer who discovered the fault. From the dealers discovery it looked a simple thing to do and I gave him a go ahead to do. He removed the shock but after removing the shock it showed that the make was completely NOT the type they thought it was.

In short I contacted the dealer I bought the car from but they refused to help claiming that they are not the once who stripped the car and I need your help here because surely if the nut was broken they are responsible what they are doing is to pass the blame.

Buying a second-hand car is a real minefield. It only becomes more dangerous when you buy an imported vehicle. In your case part of the problem will be the time since you bought the car. An unscrupulous dealer is likely to deny any responsibility because it’s going to be hard for you to prove anything from so long ago. However Section 15 (1) (a) of the Consumer Protection Regulations still requires anyone providing a service to do so “with reasonable care and skill”. Fixing a shock absorber with only two bolts rather than the three required hardly qualifies. Fixing the wrong type of shock completely is even worse.

I suggest that you write to the dealer and explain this to them. See if that makes them do the decent thing!
Posted by Richard Harriman at 22:00