The science of service 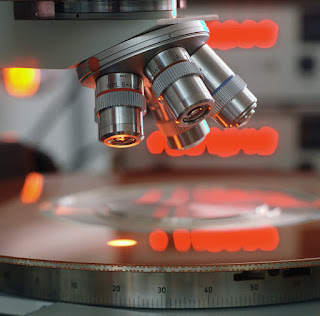 It was also science that gave us the internet and the communications revolution. It gave us all greater access to information, knowledge and education. It allowed us to communicate with our friends and family no matter how far away they might be. It was the same progress that gave us the Kardashians, selfies and village sex tapes.

Ok, so it hasn’t all been good but that’s the nature of progress. Some of the things it brings are good, others not so good. Almost always, despite what the pessimists say, the good outweighs the negative.

One of the best aspects of science is the knowledge it bring us, knowledge that we can then use to make our lives or our businesses more successful.

We spoke to a company recently who have a wide range of products, all of a technological nature and the number of facts and figures they offer is astounding. Every option has a name, a price, amounts and timescales and if you count them all there must be at least a hundred different facts and figures that customers need to recollect and understand if they’re going to make a rational decision. But of course they can’t, nobody can remember that amount of detail, and that’s why their customers are often so confused and take the wrong decision. Then they get upset and angry when they realize they made a bad choice.

In 1956 an article by the psychologist George Miller was published in Psychological Review entitled “The Magical Number Seven, Plus or Minus Two: Some Limits on Our Capacity for Processing Information”. Put very simply the article suggested that based on Miller’s research, the evidence suggests that the human mind can hold roughly seven things in its working memory. Some of us can hold as many as nine, others perhaps just five but on average it’s seven. So how can this company expect their customers to process a hundred?

They can’t if they’re being realistic. What this means for the company is that their approach to selling their products must change. Instead of just listing all their products they need to understand their customer in much more detail. They need to assess their customers and their personal needs before they even start to mention the products they can offer. Only when they know what the customer needs should they start doing some “solution selling”, making sure that they don’t mention more than seven facts they need the customer to know. It means that instead of telling the customer about ten products they shouldn’t mention more than two. For each product they can mention its name, the price and the what it offers. There’s six things for them to remember. If they mention one more they’re running a risk.

Another more recent bit of research (272kB pdf download) conducted by Michael Lynn, showed how waiters can increase the tips they receive. While this sounds like it only benefits the waiters it also is a huge benefit to the restaurant that employs them. Customers pay good tips when they’re happy with the service they receive and they are much more likely to return to those places. A restaurant with well-tipped waiters is a restaurant that’s making money.

Some of the things Lynn suggested are simple and they increased the levels of tip just slightly, by 10% to 20%. They included writing the word “Thanks” on the bill or squatting down beside the customer as they spoke to them. Drawing a happy face on the bill increased the tip by 18% but only if the waiter was female. If a male waiter did it the tip actually went down by 14%.

Other ideas were even simpler. All a waiter had to do was introduce themselves and the tip would go up by 53%. If a waiter touched the customer on the shoulder for one and a half seconds the tip would increase by 42%, in particular when the customer is a woman.

That last one concerns me a bit. I don’t mind casual affection but there’s a very thin line between a polite contact and creepiness. I’m not sure I want restaurants telling their wait staff that it’s a good idea to go out there and start touching their customers. That way leads to waiters being taken away by the cops.

However, the single most effective thing a waiter can do to increase their tip is very simple indeed. Smile. The research showed that waiters who smiled at the customers increased their tips by 140%. So the secret to getting good tips is actually quite simple. Smile at your customers, crouch down so you’re at the same eye level as them, write thanks or a smiley face on the bill (if you’re a woman) and then smile some more and your tips will increase dramatically.

But it’s not just wait staff who can learn from this. Even if you’re in an industry where tipping doesn’t happen, such as in a bank, an insurance company or a government office, you can make your customers happier by doing all of these things. Why wouldn’t you want to do that? Remember that happiness is infectious.

Science is a wonderful thing but its astounding achievements in curing disease, extending our lives and making us happier aren’t the only ways it can help us. It can help us make more money by showing us how we can make happier, higher spending and more loyal customers.
Posted by Richard Harriman at 13:59