I bought a meal today from a store which comes with bread rolls. The expiry date written on the rolls was today’s date. I returned the rolls complaining that they sold me an expired item but they refused to listen telling me that the expiry date on the packaging means the rolls expires tomorrow not today. The supervisor was so rude and not cooperative at all. Is he right? Please advise. 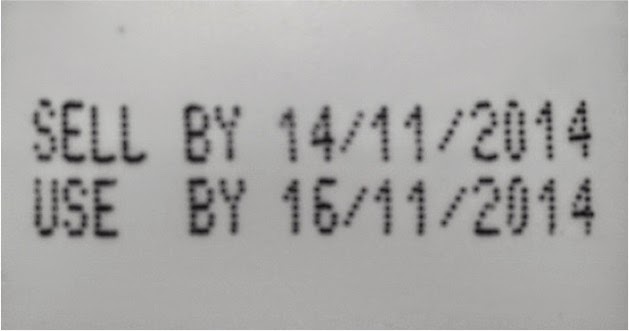 You’re not the first person to get confused by expiry dates.

The Labelling of Prepackaged Foods Regulations defines "expiry date" and "use-by date" as follows: "the date which signifies the end of the estimated period under any stated storage conditions, after which the product is unlikely to have quality attributes normally expected by the consumers, and after which date, the food should not be regarded as marketable".

Section 4 of the Regulations then says that "No person shall" ... "import, distribute, sell or offer for sale, any food" ... "whose expiry date has lapsed".

So to make it perfectly clear, the rolls expired “today” meaning that today is the last day on which they can be sold. So it's legally acceptable to sell that roll today, but not tomorrow.

We all need to use some common sense with "use by", "expiry" and "best before" dates. It really depends on what the food is. If it's meat, fish or poultry then we should be very careful about the dates. On the other hand if it's an apple then you can be less fussy.

Either way, use your eyes and your nose with ALL foodstuffs. Millions of years of evolution have given us senses that can often tell us when things we want to put inside our bodies are likely to harm us. Ask your partner, relative, housemate or whoever is standing close enough, "Does that smell OK to you?" before you cook or eat something.

So read the dates and take care with them but above all trust your senses. If in doubt don’t eat it.

On 16 September 2014 I paid a P5,000 deposit for a lounge suite which was to be manufactured for me. They promised to deliver by 19 September 2014. Up to date the lounge suite is still not delivered. I went over to the workshop in Ramotswa on 3 October and they committed to deliver without fail on 6 October. This did not help. On 10 October I asked for my money back seeing that they are not able to deliver as promised and they agreed that they will refund on 11 October.

I wanted to let you know that they still haven’t paid the amount he had promised to pay me and they have been putting across all sorts of excuses and avoiding to meet me.

I think a name and shame in The Voice newspaper would motivate him. He talks of being worried about the bad publicity to his company though he is not doing anything to avoid it.

We spoke to the owner of this workshop and he made a number of excuses to us as well. He even tried to blame you for the problem because he couldn’t find the type of fabric you wanted. He also claimed that he doesn’t have the money to give you your refund.

We suggested that even if he doesn’t have all the money he owes you right now he should nevertheless pay you what he can just to demonstrate that he’s prepared to cooperate. Following that I got a message from him saying that he’d paid you back P1,000.

I then got another message from him saying that he acknowledges his obligations to you and promising to make you a new couch entirely for free.

Let’s see what happens now. If he breaks his word we’ll certainly name and shame him!
Posted by Richard Harriman at 15:09