I got married in 2014 and used a photographer for the wedding and to date we have not received our package. What is worse is he is now avoiding our calls, text and WhatsApp messages and he is never in the office. There was no contract signed at the beginning and this might have been intentional because we did ask about it but with wedding pressure I guess it just never happened

Early in 2015 he informed us that the laptop which had our footage crashed and that he has tried to recover but failed. Apparently there was no back up. In mid 2015 I referred him to a friend and he said the laptop and memory card are empty. Later in 2015 I referred him to another friend who says he may do the recovery if he is furnished with the original hard drive, however, the photographer is reluctant to go to him and now avoiding our calls.

He once suggested he refund us and he claims I am confusing him. Please note that monetary refund is not an option as it can never equate to the precious moments of our wedding day which are irreplaceable.

I have taken this long to seek your intervention because i hoped that the service provider will keep his word and promises but he is proving to be dodgy.

I believe since he has now spent our money and now chasing after new projects he doesn't care to deliver our products. Since he’s avoiding our calls and is never in the office, my fear is that he will change offices and we will have no way to trace him as we have never been to his home. We not getting value for our money and situation seems helpless as we are at the mercy of the photographer and it seems he's content that we have no powers to do anything. He is violating us as consumers.

You’ve probably realized by now that you’re never going to see the video he shot. Nevertheless, you should estimate what proportion of the total package you bought he has failed to deliver and then take legal action against him to recover that amount. Write him a letter explaining that he has failed to deliver what was agreed (make sure you quote as many dates and facts as possible) and give him 14 days to refund you the appropriate amount. Say in the letter that if he fails to refund you within 14 days you’ll immediately take legal action against him.

On Day 15 go to the Small Claims Court with the letter and every email and message he’s ever sent you. Ask the Court for an order against him for the amount you claim.

Must my Dad pay to fix the guy’s car? 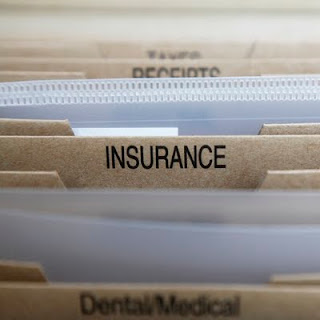 My dad was involved in a car accident recently. He bumped his car on another vehicle at the back. The police were called and he found to be at fault hence he was charged. The car which he bumped into is slightly damaged, nothing major. The guy who was hit got quotes for fixing his car with the assistance of his insurance company. Now the guy is harassing my dad saying that he wants P8,000. Dad has already signed the insurance papers agreeing to foot the bill.

The reason why I am asking for advice from you is what would you advise in this case?

What’s also unfortunate is that your Dad didn’t have vehicle insurance. Even a third-party policy would have covered the costs of repairing the other guy’s car.

Your Dad should also consider himself lucky that the repair bill was only P8,000. We recently heard of a similar case where someone did P25,000 damage to another vehicle. A friend who works in the insurance business told us about another case there the other guy’s Mercedes was totally destroyed, leaving the guilty party facing a bill of P750,000. Could you or your Dad afford to pay that sort of bill?

This is one of the reasons why I believe that third-party vehicle insurance should be compulsory for all vehicle owners.
Posted by Richard Harriman at 09:01