Our company recently made a purchase of carpeting material. We placed an order and paid of 480m2 (which translates according to them as 120 linear meters) which was according to our bill of quantity from client. The carpet arrived at the supplier and we further instructed them as our suppliers to deliver the order which was done.

We received the carpet which had on them length measurements which were in tally with what we had ordered (120 linear meters). We then accepted the delivery without any form of cross checking the length of the said carpet rolls (the carpet rolls are bulky and heavy thus making this difficult). We then proceeded to install the carpets, only to have a shortfall of 120m2 presumably 40 linear meters) which we then approached our suppliers and notified them of this occurrence.

The matter has since been escalated from Sales and dispatch up to the General Manager who we had a meeting with. He feels that they have honoured their obligations to us and have followed their internal procedures and measures, thus are unable to assist, unless their supplier otherwise feels the need to compensate. The General Manager has written to the supplier requesting this and copied us in the correspondence. From the tone of the letter we feel that we are not going to get any positive assistance.

This has caused delays and is going to attract penalties we will not be able to absorb. Please assist and advice.

I suspect that this is going to be a difficult case to conclude. The main problem will probably be that you accepted the delivery. A signed delivery note confirms that you’ve accepted the shipment of carpet and that it was correctly delivered. The supplier will show anyone interested (such as a court) that you confirmed that the delivery was done perfectly. You’ll then have great difficulty proving anything to the contrary.

Nevertheless, I’m happy to contact the supplier for you to see if they can investigate a bit further and confirm if your delivery was correct or not. But I’m not optimistic.

Where are my potatoes? 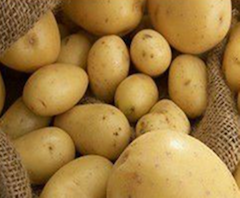 At the beginning of this month me and my partner contacted a certain vegetable supplier by the name of Derek Moore in South Africa, with the intention of buying potatoes from his farm and selling them in Botswana. During our email and telephone conversations he explained everything and told us that we have to confirm our order by making a payment and sending him the proof of payment. We went to the bank where we made the transfer, a few days later the account was debited and we emailed him the proof of payment and acknowledged the it. Two days later we emailed and called him to check if his account is credited, indeed it was and he confirmed it, he promised us on Wednesday that by Saturday we will have received our goods. Saturday came, we have not heard a word from him, not even an email, our endless calls went unanswered, even up to this day.

I’m sorry but I have bad news for you.

I called the number you had for “Derek Moore” and got through to a guy who claimed to be him but had a rather West African-sounding accent, not at all like the selfie of a white guy that he included in his emails.

In fact, the picture has been taken from the internet, as were the pictures of potatoes they sent you to scam you. The picture is actually of a Professor of Medicine at the University of South Carolina.
The documents you sent over are very suspicious. The “farm” appears to have no landline and operates just from a cellphone number. The email address he used has also recently been used in advertisements for a range of non-farming products such as A4 paper, cement mixers and ice-cream machines. Not the sort of thing you grow on a farm.

I’ve warned the bank that the account these scammers used to receive your money is being misused and they told me they’ve already frozen it and it’s under investigation. Hopefully this will put a stop to them for a little while. However, you can rest assured they’ll be back in business again very shortly.

I’m sorry to be the bearer of bad news.
Posted by Richard Harriman at 09:38