Can I trust this publisher?

I received an email from Omniscriptum Publishing Group, a "publishing house" in Germany concerning work that I had submitted to present at a conference last year. They have just sent me a follow-up email to find out if I am still interested to have them publish a book on my work on the subject. On the surface, the proposal looks interesting because I would not have to spend on editing and publishing costs but I would like to know if I can trust them with my intellectual property, because I don't know if the publishing house really exists or it is one of those fake ones which disappear soon after you have given them your work.

If they are genuine, what would you advise in terms of agreement concerning my work. In the latest email, they have said that after evaluation of submitted manuscripts, they edit where necessary and give back the edited version for the owner to approve before publishing. They then publish and market the books worldwide on behalf of the writers and pay royalties on sales, at between 10% and 15 % of the book price. A formal contract would have to be signed between them and the writer of the book.

What do you think? 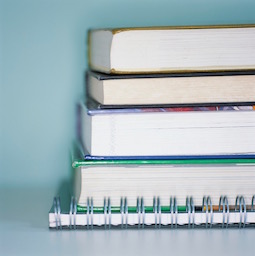 When I first saw your email I was suspicious. Now, having done a little research, I’m even more suspicious. These people are a deeply dubious, so-called publishing house. They have a terrible reputation.

Their approach is to bulk email students and academics who have written dissertations, offering to publish them. In order to get published the author is required to hand over all rights to their work, meaning they can never publish that piece of work again themselves. Yes, as you say, they offer you 10-15% of any income they earn when they sell your paper but there’s a minimum value you have to reach before you get anything. One source I found said that you only get paid if the publisher makes €50 (about P500) every month for a year. Realistically, that’s not going to happen.

To make matters worse, one report I read said that the publisher will then try and sell you copies of your own work for P500. Remember that they now own it, they can do as they please.

If you sign a deal with this bogus publisher I’m afraid all you’ll be doing is handing over your hard work to a suspicious stranger who’ll likely never give you a thing in return. Do you really want to do that?

Why won’t they repair my sofas?

I and my wife bought leather sofas in late December last year by credit at a certain furniture store in Gaborone amounting to P22,000 with a deposit of P700 and in February this year we noticed that the sofas are starting to crack or tearing off. We informed the store to come and see the situation because we feel it was so soon for sofas to start to wear out, again it was our second instalment of payment.

The furniture people did not come to see the situation but told us to bring pictures of the sofas to them to send them to their supplier and we did that by using our cell phones cameras, but on our arrival we were told that the pictures are not clear we have to find a better camera or cell phone to bring the better pictures which we did not have. We told them that our cell phones can only show that kinds of pictures and ask them if it cannot be better for them to come and take pictures, and they told us that they do not have transport. Now we are stalk we do not know what to do. Every month we pay an instalment of P700 sometimes they call to remind us to pay but when we talk about the sofas they say we must bring pictures. Please advise us on what to do next?

This is simply not good enough. You’ve done everything right and the store seem to be trying to do everything wrong. You’ve given them evidence that there’s a problem with the sofas and their argument about picture quality sounds like a delaying tactic to me.

I also congratulate you for continuing to pay your instalments. Many people stop paying in situations like this which can be the worst possible thing to do. That just enables the store to repossess the goods, sell them and still hold you responsible for the debt. Remember that repossession doesn’t mean you can walk away. You can even end up owing more after the goods have been taken away.

We’ll get in touch with the store and see if they can’t exercise a bit more care for their valuable customer!
Posted by Richard Harriman at 16:19