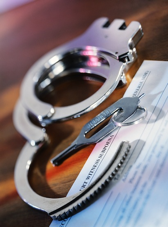 Yet again we get THAT question. Can security guards insist on searching you when you enter or leave a store?

A member of our Facebook group recently asked again. I’ve removed the name of the store for now.


“On Saturday I went to store XXX in Francistown. There is a writing by the door which you will not see when not careful which reads something like "we have the right to search any bag or luggage that gets in or out of these store". You will not see this writing if you are not careful as it is small. Most people were shown that writing when they were trying to resist being searched. When I asked about it they said their search was legal, and they even said the writing was known by the authorities and was approved. They even said the consumer affairs people knew about it and there is nothing they could do. How true is it? Anyway I do not think I will ever go back there since I really, really hate it when someone goes through my handbag as I feel its just too personal. Anyway I just want to know if true the small writings make it legal for them to search us. Just curious. Thank you in advance.”

We get this question every couple of months, usually after some unfortunate person has been mistreated by a security guard. They ask what powers security guard have. Can they, for instance, ask to search our bags as we enter or leave the store they’re guarding? Can they insist on doing so? Can they detain us if we don’t want to let them search us? What exactly can they do?

Our advice has always been simple. Security guards aren’t police officers, they’re just normal civilians like the rest of us. They don’t have any powers that we don’t have.

On the other hand, stores are private property, just like our homes. You have the right to prevent me from entering your house as well as from entering your store if you don’t want me there. In exactly the same way the owner of a store can refuse you entry unless you play according to his or her rules, so long as they’re legal ones. A store is entitled to refuse you admission unless you volunteer to leave your bags at the counter or volunteer to be searched. But how many stores are really prepared to do that? How many are really ready to turn away people with the money they so desperately want?

But why do security guards behave this way? Is it because they’ve been told they can by their managers?

In May 2011 a woman went shopping in Pick N Pay at Riverwalk with her three daughters and some of their friends. As they were leaving the store a security guard from Scorpion Security blocked her way and demanded to search through her handbag. Rather than asking nicely he just grabbed the bag from her in a manner she described as “violent and physical”, searched through it and, finding nothing, handed it back to her. She claims that she felt “belittled and humiliated” by his treatment of her in front of her children and their friends but being a strong character she decided not to take this lying down. Her later complaint to the security company about the way their guard had treated her was met with a promise of an apology but this never came.

So she dragged Scorpion Security to court.

When the case was heard in the High Court in Francistown the Managing Director of Scorpion Security gave evidence in defence and told the judge that his “security guards could search. That they had the authority to do similar to that of Police Officers.”

In his judgment the judge found that “indeed the Defendants searched the Plantiff without her consent and it was unlawful. […] The Plaintiff has proved her case on a balance of probabilities and I accordingly grant judgment in her favour.”

He went on to say that she had suffered “humiliation embarrassment and impairment of her dignity as an honest member of society” and that she deserved compensation for that. He forced the security company to pay her P60,000 in compensation.

Maybe you think this case was a very rare event? Unfortunately not. Last year we did a large-scale survey of security guard behaviour. 82% of the people we questioned said that they had, on at least one occasion, been stopped by a security guard as they left a store and almost 90% of them had been asked to show their belongings to the guard to be searched. 83% of people had indeed allowed the guard to do so.

62% of the people who’d had their belongings searched said they were “offended or upset” by the experience and I can imagine why.

Then we went further. How many people had been searched themselves? Not just their packages, but their bodies?

Only one in six people had been stopped by a security guard who then wanted to search their person and 70% of these people had felt obliged to permit the search. Almost all of them said they had been offended or upset by the experience.

And the worst thing? In over half of these situations it was a male security guard searching a woman.

This suggests that one in seventeen adults in Botswana is a woman who has been molested by a male security guard.

The situation is out of control and we do not deserve to be treated this way. I urge you never to shop in any store that allows its guards to mistreat and molest you.

Next time a guard tries to search you or your belongings I suggest you ask them if their MD can afford P60,000 in damages. And to be seen as an employer of molesting perverts.
Posted by Richard Harriman at 10:08