I write to complain about the bad service i received from a shop. On the 6th September I went to the shop and bought 4 plates, 4 cups, 4 saucers and 2 bowls (all white) and a brown tray. I realised when I got home that the tray had a scratch and one of the bowls had a black dot which can’t be wiped out. I decided to return the tray and the bowl but realised it was late and the shop had closed.

After a week I went back to try to return the goods but instead I received horrible service from the gentleman by the till. I tried to explain to him that their receipt indicate that there is no cash refund and yet he said they can’t exchange my stuff. He insisted that I must have used the tray and claim I bought it scratched and then he ignored me and kept assisting other customers as though I was not there which I felt was very rude. I had to contain my temper and did not waste any more time to argue with him as I realised that he was in no position to exchange the goods. Kindly assist as I cannot keep things that I have paid for and they are not in a good state.

Section 13 (1) (a) of the Consumer Protection Regulations states very clearly that:


“Any supplier who offers a commodity or service to a consumer fails to meet minimum standards and specifications if … the commodity sold … is not of merchantable quality”.

What does “merchantable quality” mean? The Regulations say it means:


“fit for the purposes for which commodities of that kind are usually purchased, as it is reasonable to expect in light of the relevant circumstances”.

Crockery that is scratched and marked is, I think, not or merchantable quality. You have a right to expect that the goods you bought didn’t have scratches or marks that can’t be removed. That’s not unreasonable, is it?

Normally in situations like this you’re entitled to one of the three ‘R’s: a refund, repair or replacement. Clearly a repair isn’t possible in this case so you’re entitled either to a refund or to a replacement. However given that the store manager appears to be unreasonable I think you need to escalate the situation. Write the store a letter explain how they’ve breached the Consumer Protection Regulations and giving them 14 days to remedy the situation. Make sure that you tell them you’ve contacted us and that we’ve advised you to take action against them. See if that works!

Meanwhile make sure you tell every friend, relative and colleague that this is a store to be avoided. 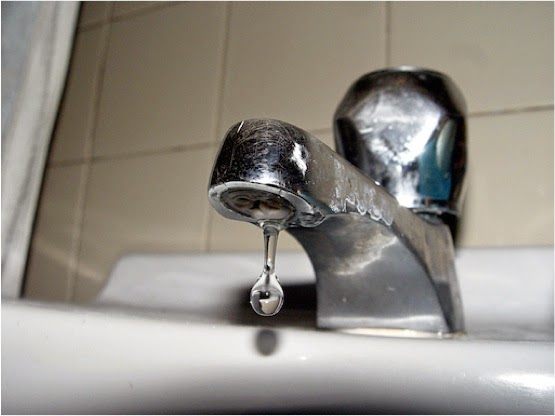 I bought taps and a mixer at a major store in May 2013 and was handed out a 5 year guarantee card. This year last month (August) the tap started leaking. I took the card back to the store to request for replacement of whatever that is causing the leakage but to my surprise I was told the part that is damaged is not covered on the guarantee. I fail to understand as the guarantee card did not stipulate exactly what is covered and what is not. I ended up buying the part for P400 because water was being wasted. I had no choice. What should I do?

You deserve to be treated much better than this.

I think you need to go straight back to the store and ask politely (well, I actually mean “demand”) to see the store manager. You then need to explain to him or her that the situation is actually quite simple. If the guarantee card you were given doesn’t specifically exclude the part that went wrong then it’s not excluded. The part is still included in the guarantee.

Alternatively if there’s a list of excluded parts that they never gave you, then you never agreed to it. How can you have agreed to something you didn’t know about?

Finally, if the staff at the store think they can decide which parts are included when they feel like it then they’ve misunderstood how consumer rights work in this country. They’ve forgotten that the Consumer Protection Regulations dictate how consumer can be treated.

They’ve also forgotten how to treat customers with basic care and decency. Either way you deserve to have your problem fixed.

If you’d like we’d be happy to contact the store on your behalf to encourage them to see reason.
Posted by Richard Harriman at 12:00