I have unfortunately been gullible enough to believe I can order items of clothing off a Facebook page. I paid P1,400 to a lady called [name removed] in April. I did not receive the items ordered. I requested a refund a few months ago and I am still waiting. I get a different story every time I contact her. It's now been 5 months and I am still awaiting a refund.

I'm hoping I can get some help getting my money back and prevent others from ending up in the same situation.

Whether it's on Facebook or anywhere else the rules are quite simple. You have to deliver what you've agreed to deliver. Don't make excuses and keep your customer informed. I'm certain that if this lady had been open and honest about any problems she was experiencing you would have been tolerant and patient. It's what reasonable people do, isn't it?

However by making up stories all she's done is antagonize you and erode any trust you might have had in her.

I sent the lady a message a few days ago asking if she was ready to pay you your refund and she responded very positively, saying she'd call you and promised to repay P1,000 immediately and the remaining P400 within a few days. Let me know when you get all the money back from her? 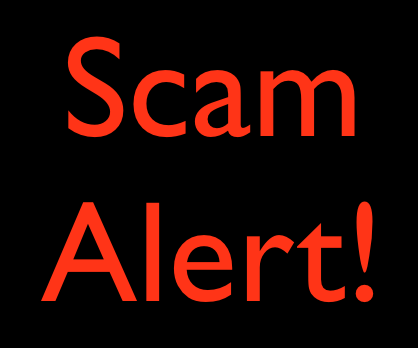 We've heard from several readers in the last few weeks who have been offered jobs via email. On each occasions the jobs they've been offered have been very well paid and have come with astonishingly good packages. One recent job offer came after a reader applied for jobs on a cruise ship with a company called MS Cruise Line. Months later she received an email from a similarly named company, MS Construction offering her an entirely different job, this time as a “Customer Service Representative at MSC Construction UK with the salary amount of 7,500.00 GB Pounds per month”.

She wondered if this was legitimate.

Of course the answer is no, it's a scam. The first clue is simple. You can't get a job you didn't apply for. She applied for a job on a cruise ship and they offer her something totally different? Also the package is just way too good to be believable. They say they'll pay over P1 million a year to someone they've never actually met? Then there's all the other thing they offer: free accommodation, insurance, flight tickets, free medical expenses, two months a year paid vacation including flights back to her home country. It's way too good to be true.

Another reader received an email from a company calling itself Victech Drilling in Canada inviting him to send over his CV. In reply they sent him what they called an “e-interview” but which was nothing more than just a Word document containing some ridiculously easy questions. Within hours he received an offer letter that neglected to say what job they were actually offering him. His package included $5,700 (P45,000) per month after tax, a pension, stock options, free flights, free accommodation and “Payment of your initial six (6) months upfront salary”.

The catch in this last “offer” was that they needed him to pay them for an “Immigration Clearance Certificate”.

These payments are what this is all about. This is the “advance fee” that scammers want. Rest assured that as soon as you pay it, they'll demand payment for more and more things until you either realize you're being scammed or you run out of money.

Here are some simple tips about recruitment that everyone should know. Firstly, nobody gets a job without at least one face-to-face interview. Nobody.

Real companies who are trying to fill real vacancies don't ever use a Gmail, Hotmail or Yahoo address to do so. Anyone who does can't be trusted. Real companies also always have a landline number, not just a cellphone number. They certainly don't EVER use a number that begins with +447 or +448. Those are UK-based cell numbers that can easily be redirected to anywhere else in the world.