Help! I didn’t visit those sites!

Please help. I received an email saying that I had visited adult web sites and that the man had installed a keylogger which gave him access to my system and to my camera which he said had recorded me. He said that his software program had obtained all my contacts from Facebook as well as my email. 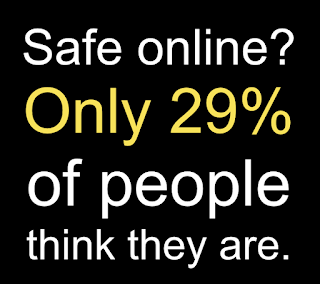 The first thing you must do is not panic. This is a scam. Everything you have been told in this email is a lie. It’s nothing more than an attempt at extortion.

I’ve heard from a number of people who received emails just like this and guess what, I even received one myself and my colleagues have had them as well. The approach adopted by these scammers is to scare people into paying them the money they’re demanding. In your case it’s unlikely to work because you haven’t done any of the things you’re accused of doing. The scammers are relying on finding victims that have been viewing pornography online and have a guilty conscience about it.

My advice is just to delete the email and do the same to any others like it that you might receive.

Meanwhile, this is perhaps a very good opportunity to make sure your computer is fully protected. Whatever operating system you use, turn on your firewall, make sure you install all the updates your computer suggests and install an antivirus package and then keep it up-to-date. And finally, be very careful what web sites you visit!

Must he pay them?

Please I have a problem I hope you will help me out and thank you in advance. My brother hit 3 cars last year while driving to work. 4 cars were damaged 1 being the one he was driving. So he was found guilty by the police. He managed to help one of the owners to fix her car. The other 2 cars were insured so now the insurance companies want my brother to pay money close to hundred and something thousands. Is that allowed please help?

I’m sorry but that’s how it works. Your brother caused an accident that damaged several vehicles and the fact that the Police charged him is all the evidence that the insurance companies need to see that.

The general rule is that if you cause an accident, then you must pay for it. To his credit he’s done that already for the driver who didn’t have insurance but he must do the same with the others.

Even though they had vehicle insurance, and the insurance companies have paid to repair the other two vehicles, that doesn't change the fact that it's his responsibility to pay the bills.

The most important thing about vehicle insurance is that the insurance policy covers the costs of the person who pays for it, not anyone else. These insurance companies don’t cover your brother’s costs, they cover their customer’s costs. They were the ones paying the premiums, so they get the benefit.

Meanwhile, your brother should ask the insurance companies to justify the costs they're charging. He’s entitled to see copies of the invoices from the companies that repaired the vehicle but there's no way he can escape paying the bills if they’re legitimate.

The lesson is that everyone should have at least third-party vehicle insurance. If your brother had possessed such a policy, it would have covered the amount he now needs to find, minus a small “excess” payment he’d contribute.

Personally, I believe that third-party vehicle insurance should be compulsory. It’s not that expensive and it’s a LOT cheaper than the amount your brother now needs to find.
Posted by Richard Harriman at 09:23