Is Nexus Global for real?

I was invited to a presentation by them and they say we can P13,000 in a week. Is this true?

I think you know the answer to this question already, don’t you? I suspect that many readers of The Voice can predict my answer already. 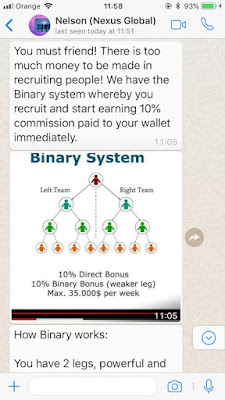 Yes, this is certainly a scam. Several people have asked me about Nexus Global and it didn’t take much investigation to discover the truth. They say in their advertisements on Facebook that if you attend their presentations you can “learn how to turn P800 into P13000”. They also suggest that their scheme is based on “Bitcoin mining" but there’s no evidence that this is remotely true. In fact, when I asked the people actively recruiting people into the scheme how money was made they offered a very different explanation. One stated that the money can easily be made "but you need to recruit people" in order to do so. Another confirmed that the best way to make money was simply to recruit other people.

Nexus Global is nothing more than a pyramid scheme as these comments demonstrate but there are other clues that should raise our suspicions. The web site for the company was only registered in February of 2018 and the founder of the scheme, one Christian Michel Scheibener, has a past connection to another very suspicious scheme called Omnia Tech. Yes, when it comes to shady pyramid schemes you CAN judge someone by their past.

I urge everyone to avoid Nexus Global because, as I’ve said many times before, all pyramid schemes eventually collapse and when they do, the only people left with any money are the crooks that started them. And that money came from the victims who gave it to them.

How can I persuade my friend?

I was recently contacted by a lady named Katarina based in Manila. She works with Alliance In Motion Global, a colleague of mine referred me to her as a possible “investor”. So from reading the messages she sent me I just felt it was a pyramid scheme. I’ve decided I’m not going to put my money on this scam obviously, but how do I tell my friend that he has “invested” in a pyramid scheme? Because he has already paid them and is awaiting the products to arrive in Gabz. 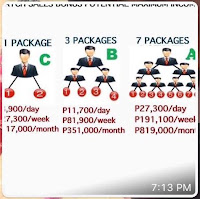 This is always a very hard question to answer. When we see a friend or relative investing their time, effort and money in a pyramid scheme or even one of their slightly less awful cousins, a multi-level marketing scheme, our first impulse is to warn them but that’s not always easy. These pyramid schemes are like religious cults, the victims invest so much emotional energy in them it’s very hard to persuade them that they’re being abused.

AIM Global is most certainly a pyramid scheme and they don’t seem shy about talking about it. They talk non-stop about the need to recruit multiple levels of people beneath you and then about how much money you can make when you start recruiting other people. However, the really dangerous aspect of AIM Global is the product range they offer. They claim that their “C247” product can help with 100 different serious medical conditions including asthma, beri-beri, cirrhosis, bone fracture, deafness, endometriosis, epilepsy, hypertension, hepatitis, “toxins in the body”, stroke, migraine and even cancer and “immunodeficiency”. Not only are they extremely dangerous claims to make, it’s also illegal in Botswana to make them. 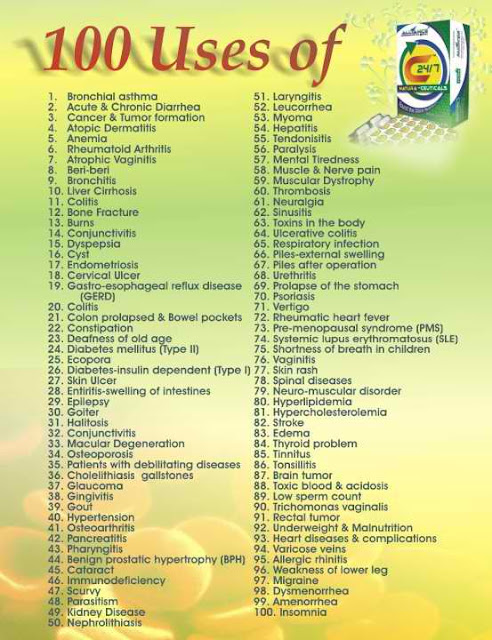 But that’s not the only illegal thing they do. I had a WhatsApp conversation with one of their recruiters and he proudly claimed that this C147 product had been approved by both our Ministry of Health and the Botswana Bureau of Standards. Both of those claims are lies and are illegal.

In my experience all you can do to support your friend is not to give up. Maybe ask him this. What one thing would persuade you that AIM Global is a scam? Then let me know what he says and we’ll do our best to give him the information he needs to realise the truth. Meanwhile, perhaps you can help spread the word about this dangerous, illegal scam.
Posted by Richard Harriman at 10:46