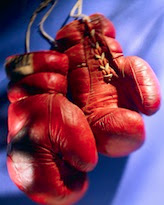 My friend moved his account to another bank last week because they offered us in my company a special loan scheme. The problem is that we have is that we are always paid on the 26th of each and every month but it’s been 3 days and his salary haven’t reported in his new bank account.

We checked with our payroll manager to see if the account number was correct and even went to the bank. The bank realised that the problem is with their system and they promised that they will fix it. Instead of contacting him he is the one who is always contacting them and they will always have some excuse to take his calls. Yesterday he went to the bank and he was told the money will report in the evening but nothing has appeared yet. He contacted the person who is dealing with his account but she gave an excuse saying they are in a meeting. These friend of mine have stop orders and things to pay but the bank seems like it doesn’t care enough, please help him.

Yes, I think you’re right. The bank doesn’t seem to care at all.

It’s the mark of a sensible, mature and ultimately successful company that when they make a mistake, as this bank appears to have done, they do their very best to fix it as quickly as possible. It’s the mark of a useless, uncaring, doomed-to-fail organisation that they fail to respond adequately, go into childish denial, or as in this case, just stop talking to their customers.

I suggest that you escalate this situation. Clearly the person you’ve been dealing with hasn’t given your friend’s situation sufficient attention. Your friend should call the branch and politely ask to speak to the manager. He should explain that their bank is causing him great inconvenience and disturbance and is wasting his time. If he isn’t able to speak to the branch manager then he should escalate further and call the Managing Directors office at Head Office. If that doesn’t work, then contact us again and we’ll see what we can do.

I purchased a television on credit. Unfortunately due to ill health I could not pay the instalment as per our agreement. This led to the store handing over my name to the credit bureau. Four months back I managed to settle my outstanding balances. My expectation was that after settling my balance the store will update my payment profile at ITC. Up to now they have not done that. My major problem is that I can not be assisted on credit by any company because the store has not updated my payment profile. I have talked to them on a number of occasions but my efforts did not bear any fruit, hence I am now seeking assistance from your office.

For everyone’s benefit I should explain how credit bureaux work. Despite what many people think, they don’t just “blacklist” people. In fact, they hold a vast amount of information on all of us, both bad information such as when you defaulted on a loan, but also good information like the fact that you completed a loan successfully. That allows a prospective lender to get a full picture of you before they make a decision on whether to lend you money.

The other thing they do is hold complete history, or at least they try to. If you default on your instalments they’ll record that this happened. They should also record that some while later you caught up with your arrears and the debt was settled. That way a potential lender will see that you had a problem but also that you fixed it which might make them look on you more favourably.

The problem is that we hear quite often of stories just like yours. Once you’ve cleared your debt the store fails to update the information held by the credit bureaux. The MD of one of the bureaux once told me that it can take up to 28 days to make the update but in your case it’s taken a lot longer than it should have done. I suggest that you escalate this to the Managing Director or Regional Manager of the chain and see if a little pressure can be applied. Yes, you failed by not honouring your agreement but not you’ve caught up it’s time to allow you to move on.

If that doesn’t work, let me know and we’ll make some calls.
Posted by Richard Harriman at 20:23