Is my phone broken?

Hi Richard! I bought a cellphone on 8 April 2017 and returned it back on 11 April after I experienced some faults on it. I used the phone only 2 days. Up to date they didn't help me. Today the shop manager told me that it will be couriered back to me since the manufacturer didn't see any fault on the phone and they insist I take the phone. The only option they have is that they can only refund me if they too found the fault I was talking about. Is it fair Richard?

Well, yes, it probably is. Up to a point.

Section 13 (1) (a) of the Consumer Protection Regulations says that a store must sell goods and services that are “of merchantable quality”. The Regulations define that as “fit for the purposes for which commodities of that kind are usually purchased, as it is reasonable to expect in light of the relevant circumstances”. Put simply it means that a cellphone should do what a cellphone is meant to do. Obviously some cellphones do more than others but that’s where the “relevant circumstances” are important.

You didn’t say what exactly the faults were on your phone that prompted you to take it back but I assume they were fairly serious?

The general rule in these circumstances is that the store has three choices, the three Rs. They can offer you a replacement, a repair or a refund if it can be shown that there’s something wrong with the phone. Obviously they don’t have to do anything if there’s evidence that either you damaged the phone or there’s nothing actually wrong with it.

I suggest that you go to the store and examine the phone together and see if the faults you noticed are still there. If the faults are still there then you should firmly reject the suggestion that you take it back. You then tell them that you want one of the three Rs and ask them which they choose. On the other hand if the manufacturer is right and there’s nothing actually wrong with it then it’s time to take it home. 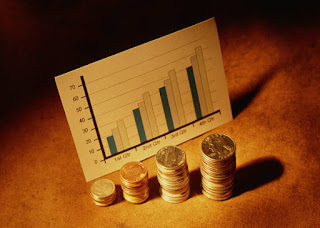 Good day Mr. Harriman. Kindly assist me with an issue I have here. I received an SMS from the hospital saying I have an outstanding bill. On enquiry I was told that my medical aid short paid my claim.

How it happened was that my husband went to the hospital on the 14th February but was there until after midnight. Therefore the bill was only prepared on the 15th February. He had to go back on the 15th (around 7am) because the pain was back. He got another bill for that.

The medical aid say they cannot pay twice for same consultation. Who do we fight here sir: the hospital for billing him twice for a continuation; or the medical aid for refusing to pay because he had to go back as he got sick again?

Are you serious? That’s the most ridiculous thing I’ve seen all day and I’ve seen a lot of deeply silly things today.

I think you should go back to your medical aid and demand that they speak to the hospital and look at the admission times and the details of what actually happened with your husband. With luck their systems will show that he was there on two different occasions having slightly different treatment, probably even by different staff members.

I’m very often surprised by quite how ridiculous some organisations can be. We all understand that they need to have rules but when they are misinterpreted like this they seem to forget that it’s us, the customers who are inconvenienced when it’s their job to take the inconvenience on our behalf. Isn’t that why we pay them such large amounts of money?

If they don’t give you any joy let me know and we’ll get in touch with them and suggest they need to visit the hospital in person. The Psychiatry Department.
Posted by Richard Harriman at 11:32