Did they steal my phone?

So I took a phone to a cell repair shop in African mall to fix the on button, when I returned to collect it they tell me that the shop got robbed along with my phone but there is no police report and I have been reliably informed that they sold it at another shop in the main mall. I'm not some maverick vigilante so I would just like my things to get sorted out asap. I still have the receipt so what would be the quickest and best way to get my grievance sorted, it's been two weeks with these guys not telling me anything concrete. I have been advised by a friend to go to consumer affairs or something at a local police station. 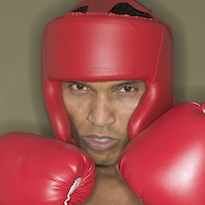 I’m glad you’re not a vigilante because vigilantes, in fact anyone who takes the law in to their own hands, isn’t a vigilante, they’re a criminal. The law is there to protect us but in most cases the people empowered to enforce the law are those employed by legitimate law enforcement agencies such as the Police, DCEC and DIS. Other entities such as BURS, Bureau of Standards and Bank of Botswana have certain legal powers but that’s usually limited to writing angry letters, not kicking down doors, having car chases and handcuffing people.

Incidentally, there are certain exceptions. Both you and I have the legal power to detain someone if we feel they’ve committed a serious criminal offence but that’s all we can do. We can defend ourselves if they turn violent but we don’t have the right to beat them up and we certainly don’t have the right even to search them. Only our brothers and sisters in blue can do that. No, before you ask security guards don’t have special powers.

So, no, you mustn’t go all vigilante on them, instead you should go to the Police. Forget Consumer Affairs for now, go to the Police and say that you think the store has either stolen the items, colluded in them being stolen or is covering up a theft. Either way they need to explain themselves and the best people to make them do that are the people who CAN search their premises and who can apply the right level of “persuasion to the owners and managers of the store.

And before you ask, no I don’t wish I had that sort of power. It would be messy. A small but significant number of business people would very quickly be enjoying the hospitality of the nice people in the Department of Prisons.

I kindly request your advice. I made a lay bye at a shop at Airport junction of P1000 cash on the 10th October. The condition on the receipt is 25% handling fee will be charged upon cancellation of Lay-bye.

On the 21st November I went to the shop to cancel the lay-bye, I was told the refund will be deposited in my account, the shop does not do refunds on cash only EFT. Since then I have not got my refund. I called the shop today I was told the Accountant is in South Africa and he is sick and as such I will not be getting my refund this week.

I asked to speak to the owner of the shop, he was very rude, upon expressing to him how unhappy I am that I have to be punished to cancel lay bye, I paid cash now I have to be sent from pillar to post to get my refund, they can’t even ascertain me of the date I will receive the refund. I asked where is stipulated that condition of refunds is done only via EFT, he told me he does not owe anyone condition of how he runs his shop. I have bought before at this shop and to get this treatment especially from the so called owner I feel my rights as a consumer were violated.

Let’s be fair. You sent your email to me on 25th November, only four days after you told the store you wanted to cancel the lay-bye. I’m not defending the alleged rudeness of the store owner but it was only four days after you tried to cancel the deal that you complained. I can’t say whether the story they told you about the accountant being sick is true or not but is there any reason not to believe it? Let’s be generous and assume it’s true.

As for their suggestion that the refund must be made by bank transfer, that’s normal practice with stores. Regardless of how you pay for the item, they don’t want to deal with cash. Cash is an expensive thing to manage and it’s also very, very risky. To get cash to and from the store and their bank requires a safe, secure transport and very careful, manual processes. The opportunities for crime, both inside the company and outside, are immense. It’s almost 2017 and cash is not something that many organizations want to handle.

Nevertheless, this company’s owner obviously has a very poor understanding of how to deal with customers but I think you should give them a few days longer to fix your situation. If, by the time you read this, it’s not sorted, let me know. Then we can get rough!
Posted by Richard Harriman at 17:31