Scammers. They haven’t gone away. They’re just as prolific as they ever were.

There are people who think that sooner or later scammers will disappear and get proper jobs. We assume that eventually people will become less gullible, more skeptical and will learn to see through the lies that scammers tell.

But it’s not true. There are as many scammers out there as there has ever been, they’ve just evolved. Just as all types of life evolve in reaction to their environment so do criminals.

These days you see very few of the traditional “419”, advance fee scams. It’s rare these days to see emails telling the story of the child of an enormously rich West African businessman who died leaving a fortune in foreign currency in a bank account that requires the help of a total stranger to liberate it. They’re still around but they’re a disappearing species.

Instead their descendants are plying their trade, in particular the “romantic” advance fee scam. These have been around for a few years but are still going strong.

Just a couple of weeks ago we heard from a reader who told us:


“A friend of mine sent me a parcel from India through Eagle X Courier services. I got a call from a guy called Michael in South Africa telling me that they have my parcel and I must pay custom clearance fee. He gave me the amount to pay which was P4,900. I transferred the said amount. They received the money last Friday and he called to confirm receipts and promised me that they have cleared my parcel from customs and I will get it that Friday.”

She went on to say that this guy “Michael” had called her again saying that she now had to send him $1,200 in delivery charges for this (yes, you’ve guessed it) fictitious parcel. She began to get suspicious only when he indicated he was prepared to negotiate on the delivery charge, telling her he’d accept just $600 instead of the original $1,200. When she then told him she’d only pay on delivery he hung up on her. That’s when she got in touch with us asking for advice.

It wasn’t hard to identify this as a scam, not just because we’re naturally skeptical, but because we’ve seen it all before. These loathsome individuals “seduce” people they meet online, usually from Facebook before saying they’re sending them a parcel full of treats. In this case he claimed he was sending her, according to the faked shipping document she received, a “pack of gold, jewelleries, iphone 5s, apple laptop, channel hand bag, rose flower and sealed envelope”.

Of course there is no parcel, just as there is no shipping company, no “Michael” and no romantically inclined Facebook friend. They’re all the same person, or members of the same group of scammers. Unfortunately for this victim she only became suspicious after she had paid P4,900. However by a strange quirk of fate this particular victim might be the first scam victim I’ve encountered who might turn out to be lucky. Unlike almost all scams, this time the scammer didn’t ask for the money to be transferred using Western Union but gave a South African bank account where he wanted the money sent. The stroke of luck is that when she instructed her bank to transfer the money she gave them the wrong account number. The money left her account but is currently floating in a suspense account and thanks to that error should be returned to her, minus some bank charges. She’s been unbelievably lucky, despite learning that the guy she befriended on Facebook was a liar, a cheat and a crook.

Not everyone is that lucky. We had another reader who fell victim to another species, the fake loan scammer. 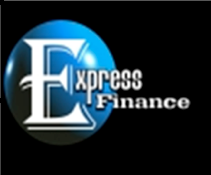 We had another email recently from a woman who told us that she:


“got an email from Mandy Louw from Express Finance regarding a loan of R300,000 and as I was in need of finance I replied. On 20th Sep I paid R5,659.59 and the same day she told me to pay R5,999.96 extra for charges. I have been paying ever since the more I pay for legal fees but no funds deposited are in my account. I lost all my furniture as she told me to borrow more money from banks and loan sharks which I did. Now I cannot pay all my creditors instead she insist I pay more and more for legal fees and clearance which I did because I need money. The last time I paid was the 20th March and I paid R3,700 and still now they need me to pay already I paid close to R100,000. What can I do?”

A scammer, that’s the sort.

Tragically this victim is never going to see her money again. There’s a real finance company in South Africa called Express Finance but this victim wasn’t talking to them, she was talking to imposters who had stolen that company’s identity. Imposters that only ever used cellphones and Gmail addresses. Imposters that exploited her massive gullibility.

And there’s an ironic twist. She works for a bank.

The lesson is simple. Scammers are evolving and are constantly constructing new ways to separate the gullible from their money. Please make sure you’re not one of them. If you don’t think you’re skeptical enough to decide whether something is a scam you know you can always ask us.
Posted by Richard Harriman at 11:09