Good day. My car's power steering pump went bust and my mechanic informed me he had found a used one at a vehicle recovery shop in Mogoditshane. I gave him the money to purchase it only to find out upon fitting it that the pump did not work. He returned it to get a replacement or money back (he assures me he has a receipt that he kept) but now tells me they are giving him the run around. The pump was purchased last week Tuesday. What would be my best course of action to either get them to replace the pump or return my money?

I think you need to get more details from your mechanic and then contact the vehicle recovery shop and give them a fixed time to refund you, perhaps 7 days if you think that’s reasonable. You should tell them that unless they do you'll take the issue to the Small Claims Court for a judgment. See if that inspires them to get moving.

In March I ordered with a company for a canopy for my vehicle and I deposited P6,500. They were to deliver and fit at my place the same weekend.

That weekend the order was not delivered. I called and they promised the following weekend but two weeks later I still received no canopy. In the meantime the supplier wouldn’t take my calls. Three weeks later a canopy was delivered but unfortunately it was the wrong size. I asked if this was the first time such a mistake happened and they said it was not. They promised to bring the correct one the following weekend.

Since then they never called me to tell me know what the matter was, I just got promise after false promise. At the beginning of June I sent them a letter to ask them to either to deliver the canopy or refund me all my money by end of June, after which I will have to take legal action against them.

Since then I have not heard from them so I need you to help me as to how I should take legal action against this company. I would like them to refund my money as I have lost trust in them altogether.

I'm sorry that you've been having problems.

I think you need to send the company another stern letter giving them a deadline either to refund you or give you the correct canopy. Give them 7 days and tell them that you will take them to the Small Claims Court if they don’t comply. Since they were set up the Small Claims Court have turned out to be remarkably useful. They only cover issues up to P10,000 but that will be fine for you. You should also mention in your letter that you've reported this situation to us and to The Voice as well.

If they don't satisfy you then you really should follow through and get an order against them and then have fun enforcing it. 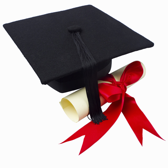 Various people have been in touch to ask us to check the validity of degrees awarded by establishments in South Africa. The results are really mixed. Some have been legitimate, others confess that the degrees they award are not accredited. One college, who say that they are accredited by a non-recognized authority, told us that people applying for their degrees

What they mean is “No, our degrees are NOT accredited”.

You’ll probably have seen notices from the Non-Bank Financial Institutions Regulatory Authority, NBFIRA, warning micro-lenders to cooperate and register with them or to face the consequences. They warn that failure to register can incur fines of up to P2,500 per day and up to 5 years in prison. Some loan sharks have apparently said that they’ll refuse to register and they’ll continue with illegal practices such as keeping their victims’ ATM cards to make sure they get paid. It really looks like some of these crooks are going to be punished. NBFIRA have shown themselves so far to be a regulator that’s not afraid to regulate and to enforce it’s rulings. Loan sharks better look out!

Meanwhile if circumstances force you to visit a micro-lender then insist that you see their registration with NBFIRA. If they can’t produce it then leave immediately!
Posted by Richard Harriman at 15:53