The enforcers are here

One of my biggest complaints in the past has been the lack of enforcement we experience in Botswana. We have some beautifully crafted laws, potentially very effective regulations and organizations empowered to enforce them but very little seems actually to happen.

The Consumer Protection Regulations are perhaps the least enforced of all of them but the more I think about it, the less I think that matters. The best thing that could happen for all the consumers of Botswana would be if we could enforce the Regulations ourselves instead of relying on the Department of Consumer Affairs to do it for us. The combination of a personal right of enforcement of the Regulations and the Small Claims Court would be incredibly useful. That way we could all act like grown-ups, get advice from the necessary government departments or other resources like Consumer Watchdog and then enforce our rights ourselves. That would be true “empowerment”. 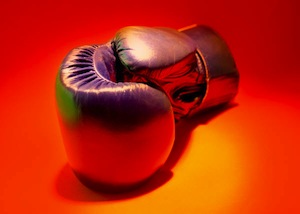 However there are times when specialists are needed, when you and I are faced with a business situation when experts are needed. Education and training are good examples of this. How are we to know whether a local college employs genuinely qualified teachers and lecturers? We don’t get to see their degree certificates, we don’t get to see the real syllabus until too late, we don’t get to see their history. That’s why BOTA, the Training Authority was set up. You can visit their web site and see a list of all the local training and education providers and every course they offer that has been approved by BOTA. What’s more, every so often you see a notice in Mmegi and other papers from BOTA warning us about colleges that have tried to operate without BOTA accreditation. They make it perfectly clear that we should take our training needs and cash elsewhere.

More recently we’ve also see a new enforcer in the financial services world. The Non-Bank Financial Institutions Regulatory Authority, NBFIRA, have been warning micro-lenders for a couple of years that they needed to clean up their act. They finally got really tough a few months ago with notices warning all micro-lenders to register with NBFIRA before 30th June. A few weeks later they did the same, this time reminding loan sharks that they hadn’t been joking, they were serious. Many lenders followed the rules and registered which shows that the process can’t be too arduous, but many of them have ignored the rules. Last week NBFIRA fired another warning shot in the direction of badly behaved lenders. Yet another notice invited any lenders who had failed to register “to cease operations with immediate effect”. It also made it clear that those lenders who think they can operate from their sitting room and don’t therefore have to register are mistaken. The law doesn’t mention whether they operate from an office, their house or a public lavatory. If they lend money they need to register. It’s that simple. Just like the rule that they can’t take a victim’s ATM card which so many of them still ignore.

Best of all were the potential consequences of angering NBFIRA. A fine of up to P2,500 for every day they transgress and imprisonment for up to 5 years. That’s going to hurt.

My sincere hope is that most micro-lenders will do the right thing and register with NBFIRA. I also hope that a few don’t. Some news reports say that some lenders have no plans to register and I genuinely hope that happens. There are few things I would enjoy more than watching a line of loan sharks walking out of court in handcuffs and being escorted to prison. Firstly because it would be hugely funny, but also because the message it would send would be so powerful. It would make the point that we’re serious about enforcing the laws that have been made to protect us. 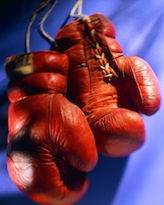 The other recent bit of good enforcement news was about one of my favourite groups of people, so-called “traditional healers”. In fact they’re not healers at all, I think we all know that. In fact they’re charlatans, frauds, liars and cheats and recent news demonstrated that.

A group of them, including “Dr”s Nthati, Lukoma and Adam and “Mama Amina” were all part of a syndicate of frauds who stole people’s money. Sorry, according to the Police it’s “obtaining by false pretences” but it’s the same thing. They make up some miraculous claims to heal sickness, enlarge parts of your anatomy or get you a better job and you give them cash. These guys were particularly inventive crooks. Apparently they’d constructed a termite mound containing a cellphone and a speaker that one of their fellow crooks would call to produce the voice of a spirit, helping to convince their massively gullible victims of their supernatural skills.

At least the Police now appear to be doing something about these shameless criminals and it’s about time too. Again we need to see a few of these crooks spending some time in prison and perhaps the message will spread that we’re a country that expends some energy in preventing and prosecuting crime.

Maybe this is the beginning of a new period of muscular enforcement of our laws. BOTA, NBFIRA and the cops are all beginning to be really aggressive towards these crooks. That can only be good news. I suggest we all congratulate them for doing a good job. You can contact BOTA here and NBFIRA here.
Posted by Richard Harriman at 17:21