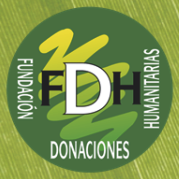 Some months ago we covered a scam operating under the name of "Fundación Donaciones Humanitarias".

Their scam is based on the offer of a grant or donation to a developing nation. Through an innocent intermediary they approach a government, such as that of South Africa, and later Namibia, offering them a grant (not a loan) of, get this, US$800 billion. No, not millions, BILLIONS. That’s more than the entire GDP of South Africa. It's roughly P5 TRILLION.

The amount alone is enough of a clue. More clues include the "Fundación" not actually existing, there being no trace of any donations they've ever actually made, and them having no named officers other than the mysterious "Sir Edward Cooper" who proudly possesses a fake knighthood. You can see our history with them here.

I knew they had approached the Namibian Government and were told, rather politely, to bugger off ("It goes without saying that we are not interested"). I hadn't noticed that the Bank of Namibia had issued a specific warning about them which you can see here (small pdf document).

Yet again well done to our Namibian cousins!

Posted by Richard Harriman at 07:44