New or used (or abused)? 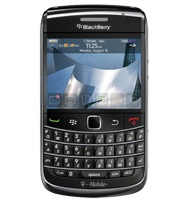 We heard recently from a VERY disgruntled consumer who had just spent a small fortune on a new smart phone. She had visited a store at Riverwalk Shopping Centre (I should stress not one that is linked to any of the three service providers, this is an independent store) and handed over a massive P5,600 for a shiny new Blackberry 9700. By anyone’s standards that is a LOT of money but it is a lovely phone.

As you can imagine she was delighted to have such a fancy new toy and it wasn’t even Christmas Day. It wasn’t long afterwards that her joy was spoiled. The first problem was that the box it came in was battered and torn. Not what you expect for such a prestigious toy but you might think this was only a box so what does that matter? Things didn’t get any better.

When she opened the box and got the phone out it seemed ok, but when she powered it up and started using it there were some surprises.

Yes, you’ve probably heard this story before, the handset was full of photos and videos clearly taken by someone else. These weren’t just sample pictures that might have come with the phone. The new owner said they “show the previous owner posing with a friend, his dog, flight ticket, IT server room and party sessions/ celebrations.”

This was NOT a new phone.

Let’s have a little legal background. I think we can ignore the obvious, that the store lied when they told her it was a new phone, we can overlook the cheating that is outlawed by the Penal Code. Let’s focus on the hardly ever enforced Consumer Protection Regulations. Section 13 (1) (c) makes it perfectly clear that a supplier has failed to meet minimum standards if they claim that “a commodity is new when in fact it has deteriorated, or it has been altered, reconditioned, used or is second hand”. Simple really.

But I don’t think we need a law, a rule or a regulation to tell us that selling a second-hand, used phone as new is just crookery, do we?

Then it became even more suspicious. The consumer brought the Blackberry over to show us the pictures and videos. That when we noticed something she hadn’t mentioned yet. Slapped on the front of the phone as well as the box and every document it contained was the word “T-Mobile”. This, in case you’re not familiar with the name, is the name of one of the USA’s and UK’s major cellphone networks. Like many UK companies as well as some here in Botswana they often brand handsets with their name. Just like T-Mobile did with this Blackberry.

So you have to ask yourself this. How on earth did a second-hand, UK-branded cellphone end up being sold to an unsuspecting consumer in Botswana? Good question but I don’t know the answer. But I will soon. We got in touch with T-Mobile in the UK and sent them the IMEI number from the phone so they can trace it. We’ll let you know what they tell us.

Meanwhile we have, of course, spoken to the store manager and asked him for his reactions. He eventually confessed that this phone was indeed a T-Mobile handset from the UK, that it was second-hand and promised that the customer would get a refund. Actually what he said was that he would find a solution and when pressed he said she could have a refund.

Oh and yes, we DO have a recording of the phone call. That will go on the web if the situation isn’t fixed by the time this column is published. We’ll also make it absolutely clear which store it is that’s selling distinctly dubious phones to unsuspecting customers.

Life isn’t all doom and gloom, we’ve been having lots of fun recently taking the battle back to scammers. We’ve adopted a new approach to dealing with these loathsome scumbags. I’ve been calling some of them just to have a conversation with them, just to ask them a few questions and to ask how many people actually fall for their stories. Unfortunately as well as missing a conscience these crooks don’t seem to have a sense of humour. One eventually asked me “Are you ringing to insult me?” and after a moment’s thought I felt obliged to tell the truth. “Yes”, I said, “I AM ringing to insult you.” That’s when he hung up.

But then it occurred to me. Why must we be polite to these thieving, scheming lumps of manure? We don’t. There is no moral imperative to be pleasant, to be polite, even to show the basic courtesy to these worthless specimens of humanity. So this is my new approach. About once a day I phone one of them, there’s no shortage of them after all, and tell him what I think of him. I’m also sending a couple of SMSs every day to them, telling them that I’m interested in their scam and asking them to call me and it’s surprising how many of them spend the money to do so. Of course I then waste their time and money for as long as possible before letting the cat out of the bag and accusing them of being a scammer. Of course by this time they are so angry that they forget that they are paying for the phone call and they rant and rave, make up silly excuses and spend a small fortune calling me from halfway across the planet.

It’s not often that you get the chance to be incredibly rude to people without any feelings of guilt and more people should join in the fun. What better way to end the day than to release all your pent up frustrations on somebody who really deserves it. Better still, given that they are more often than not a time zone or two behind us why not send them an SMS while you have your breakfast. Let’s ruin their sleep patterns! Take a look at our Facebook group for examples of the rude messages we’ve sent the buggers.
Posted by Richard Harriman at 17:44