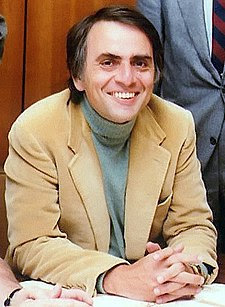 Carl Sagan, the scientist and communicator is famous for warning us that “extraordinary claims require extraordinary evidence”. Sagan didn’t invent the idea, he was just a passionate advocate of scepticism and the scientific method and was a gifted broadcaster. Although he died in 1996 you can still see hundreds of clips from his various TV programs and interviews on YouTube.

Several times each week I find myself reminded about his demand for “extraordinary evidence” as I go through the emails that come to Consumer Watchdog. Rather wonderfully, fewer and fewer of these emails are from people who have been scammed, more are in act from people who are already skeptical and want us to warn their neighbours about a scam they’ve seen. They know when they see extraordinary claims and know to be instinctively dismissive of them.

Some are fairly conventional scams. You know the sort by now. Emails that arrive that don’t address you by name but which say things like:


“Are you the owner of this email address or do you have authorized access to it in the absence of the owner? If yes, then have every reason to rejoice as the result of the UK online lottery international draws has just been released and guess what? Your email address won in the sweepstakes at the first category and you are entitled to claim the sum of $2,500,000."

You and I know that this is just a scam.

Some are slightly more intriguing. A reader sent us an email that began:


“How are you today? Struggling to make money online? Cut the cord now and forget Google. Discover how to tap the pocket-sized money machine that's already Five times bigger than the internet.”

Now there’s an extraordinary claim if ever I’ve seen one. “Five times bigger than the internet”? I’m not actually sure what that means or how you could measure the internet even if you tried.

The email continued to offer an opportunity to earn “$5,511.09 per week”, “Completely on Auto-Pilot” which is also fairly extraordinary. There’ll need to be some extraordinary evidence to back up that claim, don’t you think?

What this email is selling is a “product” called Mobile Monopoly. I tried as hard as I could to understand what exactly this so-called product is but all I can work out is that it’s something to do with marketing things using people’s cellphones. In typical internet marketing style the web site offers lots of hints but no actual details on how you are likely to make any money. As they say in Sales circles, it’s “all sizzle and no steak”. Plenty of sizzle though. The scary web site is full of pretend handwriting, bright colours and full of what it claims is proof that you will make that “$5,511.09 per week”. The trouble is that there’s no evidence of this. The only clues you’ll get are after you’ve paid them US$77 to buy their “course”.

That, of course, is all they’re after. You have to ask yourself if this is such a great opportunity to make so much money, why aren’t the creators of the idea out there doing it themselves instead of just selling a course on how to do it?

This is just like the pyramid schemes that abound at the moment. Schemes like TVI Express make all sorts of extraordinary claims. In fact much of what they say is extraordinary lies. They claim to offer an opportunity to make fortunes but as with any pyramid scheme this can never work. A tiny minority will make a fortune but the troops on the ground will lose out. They claim to offer valuable travel discount vouchers but similar vouchers can be bought directly online at a much cheaper price and without joining a pyramid. They claim to be partners with companies like Virgin, Lufthansa and Avis but these are also extraordinary lies.

The real extraordinary evidence about TVI Express is that the Australian Competition and Consumer Commission have stopped some of their distributors in Australia from recruiting more victims. What’s more they’re under investigation by the authorities in China, India, Indonesia and Hungary.

Literally as I was writing a previous paragraph an email came in from a consumer asking our opinion on a workshop to be held in Phakalane entitled “Relax And Repair With EFT” or “Emotional Freedom Techniques”.

This utter nonsense was made up by someone called Gary Craig. His profile says:


“Gary Craig is neither a psychologist nor a licensed therapist. He is an ordained minister through the Universal Church of God in Southern California, which is non-denominational and embraces all religions. He is a dedicated student of A Course in Miracles, and approaches his work with a decidedly spiritual perspective. However, there is no specific spiritual teaching connected to EFT or its Practitioners.”

In other words he’s not a scientist and it’s not scientific, he’s spiritual because he’s been ordained by a silly made-up church in the home state of silliness, but his ridiculous EFT isn’t spiritual.

In fact EFT is based on what they very scientifically call “tapping”. The EFT people say that “although based on acupuncture, EFT has simplified the realignment process by gently tapping on key meridian points on the head, torso and hands.” So they just tap you? On your non-existent “meridian points”? So it’s like acupuncture, which all the evidence suggests is pseudo-mystical, pseudo-scientific claptrap, but without the one thing that might plausibly do anything?

Posted by Richard Harriman at 08:07