Have they cleared his record?

My brother bought a fridge from a furniture store in 2014. In 2016 he cleared the debt and they didn't give him a clearance letter also him he didn't ask for it because he didn't know the clearance form. 3 months back he went to the bank to borrow some money but the bank told him that his name is in the ITC system showing that he still owes the furniture store. So he checked them where he cleared and they told him that it was a mistake so they took his details and said they will email them at ITC so that he can be cancelled on the system, and they told him to check after 2 weeks. After that period he checked and he found that his name is still in the system. It’s about 4 months now checking but no difference and his name still in the system. What should he do? 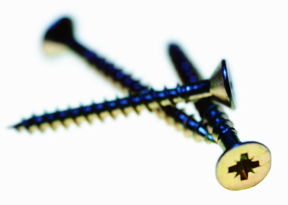 He should rely on his sister to contact us!

But normal isn’t always normal. In this case clearly something went badly wrong, his record wasn’t updated at all and it still showed him as owing the money. Luckily, when we contacted the store they immediately realized their mistake and promised to fix it. Also, because the Regional Manager of the chain of stores is a good guy he’s going to send you a voucher to reinforce his apology!

Good Day Mr Harriman. In 2013 I bought some building material from a supplier in Maun. They delivered everything except some timber that I asked them to keep until such a time I was ready to roof. This they agreed too. The following month I went to them as I had lost my invoice, and the manager then advised I keep searching for an invoice as they need that invoice to see what was left for me to collect. I been looking for that invoice Mr Harriman and its nowhere to be found. I keep going back every year ever since, just to check maybe they have found something in old records, but I keep getting the same story they need an invoice. Please assist me Mr H. If they did proper accounts and audits, and stock taking this information should be there in their records. This was about P5,000 of timber and other stuff for roofing. Please help me at least get my refund.

This could be tricky. Firstly, it’s been a long time since you purchased the items and I’m not sure that it’s reasonable to expect a supplier to wait that long for you to pick up the goods you bought. If you think about it, the prices have presumably increased in the last five years and something you bought for P5,000 in 2013 would now probably cost almost P6,000. The supplier is losing out by supplying the goods at the price you paid all that time ago.

Also, it’s fairly normal practice for companies to require you to keep receipts for things like this if you’re going to come back much later to collect things. Yes, their computerised billing system should hold records of the purchases made in the past but who knows if they were even using the same system five years ago? Maybe they didn’t even have a computerised billing system all that time ago?

Here’s a tip that everyone should follow. Whenever you get a receipt that you think is important, take a photo of it on your phone and email either it to yourself or a relative or store it online in your cloud storage of choice. There’s no reason not to these days because cloud storage from companies like Google and Apple is free. The main reason for this is that it’s very easy to misplace receipts and as you’ve probably seen, some receipts fade after a few months. Even if you carefully store receipts you can go back to them a year later and find nothing more than blank pieces of paper.

I suggest you go back to the supplier and ask them very nicely if they can’t search through their files to find a record of your purchase. However, be prepared for them not to be able to do so, or to say that you’ll need to top up the purchase price. Let me know what they say? If necessary we’ll encourage them to be helpful.
Posted by Richard Harriman at 19:39