Where are my photos?

Good day Mr Harriman. I'm kindly seeking your advice. We paid a local photography company for wedding coverage last year around June-July. The wedding was held on October 7th 2017 and its been over year now still waiting for our package. We paid them about P13,400. We have followed up and followed up to this day but they are tossing us from pillar to pillar, story after story, they are not taking our calls anymore, they only respond once in a while through WhatsApp.

We didn't sign any agreement with them because we had assigned a family friend who is a friend to the photographers to handle the photography part but we have proof of payment. We used bank transfer to pay them the total charge once off. The family friend has tried to intervene but to no avail. Kindly advise. 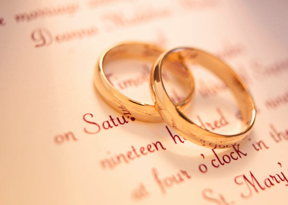 I know I’ve said this before but what is it with the wedding industry? All industries have a proportion of players who are crooks, shady or dishonest but when it comes to the wedding trade, they seem to have much more than their fair share. Every week, without fail, we hear a story like yours, sometimes about photographers, other times venue hosts, caterers, suppliers of furniture who have badly let a customer down.

I suggest that you write the photographer a letter saying that he has 14 days either to give you the photos or to give you your money back in full. Make it perfectly clear to him that if he fails to do either you’ll immediately take legal action against him to recover your money.

Also, please give me his details and I’ll see if we can apply some pressure.

Last minute update. I contacted the photographer and he assures me that you’ll get your photos within a week. We’ll see!

Should they compensate me?

I'd like to ask what to do in a situation whereby I bought some food in a store which I later found to have gone bad after a bite or two. I took the item back and was told by the store that indeed it had went bad. They replaced it with on OK one and said because they didn't make me pay for it, they had compensated me. I did not feel satisfied considering that I had first been thrown from pillar to post before seeing the manager who also said the same thing. Also my time spent in going back to the store. I just wanted to ask from you, is there compensation that I should have received in that situation or an apology is as far as it can get?

Technically, I suspect that the store is correct. You bought an item of food that wasn’t “of merchantable quality”, as required by Section 13 (1) (a) of the Consumer Protection Regulations. The store then selected which of the three Rs (refund, repair or replacement) they preferred, in your case a replacement. You suffered only minimal financial costs in this unfortunate experience as well as the loss of time so I don’t think you have a very good legal claim for compensation. But then I’m not an attorney.

But there’s something much more important here. What the store did was technically correct but in my view it’s not nearly enough. This wasn’t a cellphone that malfunctioned, this wasn’t a minor inconvenience, this was something much more important. This was a food safety issue. You were lucky that the food you bought didn’t harm you and I think the store needs to understand that. They also need to understand that they were lucky as well. I think you should speak to their Head Office and alert them to the failure at the store and the risk it posed to you and your family.

Realistically I don’t expect them to do very much regarding compensation but I do think you’ll have done us all a favour by alerting the company to a serious failure of their food safety practices.
Posted by Richard Harriman at 09:13