Who owns the car?

I bought a Mercedes Benz on the 8th of October from a garage in Mogoditshane. After I paid they pretended that the blue book was not in the office and the sales man who assisted me said he was going to fetch it at his house. I waited till it was dark but ended up going home. Until now I don't have the papers for the car only the receipt. Please how do I get help on this matter?

I think the most important question here is who actually owns this car. Clearly you don’t. Yes, you’ve paid the dealer the purchase price but he hasn’t transferred ownership of the vehicle to you using the normal, official way of doing so, by updating the vehicle registration document, the so-called blue book (No, I don’t know why it’s called that either.) 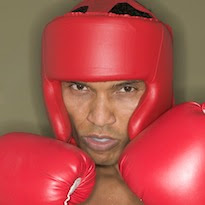 The obvious question to now ask is if they can’t transfer ownership to you, was ownership ever transferred to them? Do they actually own the vehicle they tried to sell you? Without that blue book, I don’t think you can be certain of that.

Rather than wait any longer, I suggest that you escalate this issue. Sent them a message, either a letter, a fax, an email or even a WhatsApp message, any message that shows the date of delivery, saying that as they can’t transfer ownership of the vehicle to you, you are cancelling the deal and as required by Section 15 (1) (e) of the Consumer Protection Regulations 2001, they must now “promptly” restore to you the money you paid them. Tell them that if they don’t do so within seven days you will be approaching both the Consumer Protection Unit and the Police to lay a charge of “Obtaining by false pretence” against them. See if that works!

On June 2018 my husband and I contracted someone to build us a house. Our agreement was that he will complete the house from foundation to the very last job but after plumbing he disappeared without a say, we tried to contact him but he kept on saying he will come but never did. We made him aware that we are not satisfied since taps were leaking and plastering was coming off. One night he even tried to steal some of the material we bought. We gave him deposit for ceiling but he left it incomplete.

There’s the sympathetic way to deal with this and there’s the less than sympathetic approach. The sympathetic approach involves sending him more polite, calm messages asking him very nicely to complete the job he was paid to do. You don’t say whether you had a written contract with him but you can certainly remind him of all the things he was supposed to do that he’s either failed to do, or failed to do adequately. You can then wait to see if he responds positively. Don’t hold your breath.

The less than sympathetic approach involves visiting your local Police station and laying a charge of theft against him. Give the cops all the background, the names and dates, everything you have and tell them about when he tried to steal the material you’d bought. If they argue, saying that this is a civil matter (which it mostly is) remind them that the theft part is not civil, it’s a crime and they should investigate it.

Let me know which approach you adopt (you can guess the one I prefer) and whether it works or not!
Posted by Richard Harriman at 10:33