What price should I pay? 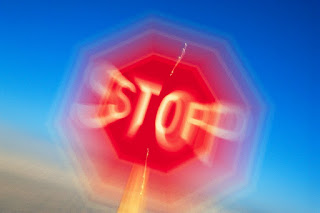 I want to bring up the subject of irregular pricing, where prices at the shelves are found to be different from prices at the till. I was in a supermarket and picked Extra Virgin Olive oil priced at P76.65. Upon paying at the counter, the price turned out to be P81.80.

When I discussed the issue with the store managers, they explained that the issue arises from price increases made in South Africa, and the manual labeling found at some of their shops isn’t updated. They explained that when this happens, price controllers are able to pick new price changes upon queries from customers, apart from price checks done twice a week.

Are shops in Botswana taking advantage of the loophole by delaying price adjustments at shelves to influence clients to buy? Would their Head Office still be unaware of this irregularity by this time, affecting shops with manually printed prices after so many complaints raised? What should clients do when they encounter these issues, apart from demanding to pay the price they see at the shelves?

Obviously noting price irregularities by clients is not entirely effective because we miss some of them; the store must solve the problem. With my case, I made the management give me the olive oil at the shelve price but this is not adequate.

You’re my Christmas hero! Well done to you for standing up for your rights and for refusing to allow a store to abuse you.

Section 13 (1) (e) of the Consumer Protection Regulations requires a store like this one to sell goods as they are “advertised or represented”. If it says P76.65 on the shelf or in the advertisement then that’s the price you are entitled to pay. No arguments, no silly excuses about labels being printed in South Africa, nothing like that, just the price that was advertised or represented please. Like you I find it hard to believe that, in 2017, the expensive computer systems at their Head Office don’t notice that when an item is sold the price in the pricing system is not the same as the price that was printed. Either they’re ignoring the difference and keeping the extra money or they need to employ some better system architects.

What should we do about it? We should do exactly what you did. Stand firm, accept no excuses and demand to have our rights respected instead of ignored and abused. Merry Christmas and a Happy New Year!

Is it a pyramid scheme?

My girlfriend yesterday was called by a number and she was invited to a business seminar of some kind, so today I called the number just to find out what it's all about and had a chat with the chap but still didn't understand what their business is. It sounds to me like a pyramid scheme because you have to invite people to join in order to get paid. First he talked about travelling and when I asked what they will be selling or doing during the travel he changed the story and started talking about recruiting members. I'm not saying they are not legit, I'm just taking precautions. Apparently they are running business seminars.

I later found out that the company is named World Ventures and is said to be an international company. Do you know about it? 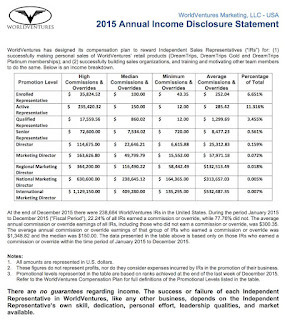 Like other schemes World Ventures are required by some countries to publish income statements that show what their distributors actually earn from their business. With World Ventures the latest figures show that three-quarters of all people who join make nothing from the business. Of the rest, almost all of the money was earned by the few people at the top of the pyramid. Everyone else had to share the minimal leftovers. And those figures were income, not profit. They exclude all the costs associated with running the business like transport, phone and internet bills. With the exception of those few people at the top, everyone else loses money.

So please warn your girlfriend not to waste her time on this pyramid scheme! Merry Christmas and a Happy New Year!
Posted by Richard Harriman at 10:30