The psychology of groups 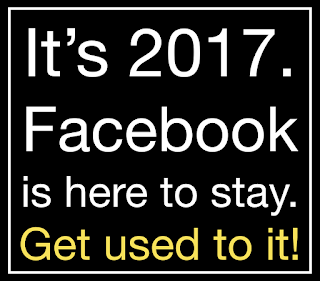 Nobody really understands Facebook. I don’t even believe that Mark Zuckerberg and his colleagues who run Facebook understand it fully. Despite them owning and controlling and the technology underpinning it, they can’t accurately predict what direction Facebook will take next. That’s because all they produce is the vehicle, it’s Facebook users like you and me who drive it.

On a very small scale that’s the case with the Consumer Watchdog Facebook group. Even though I’m one of the moderators of the group, we have no control over what’s posted. Yes, we can remove posts (and we frequently do) that are irrelevant, advertising a product or just hateful, but the direction the conversations go is entirely up to the members of the group, not us.

That’s one of the reasons it’s so wonderful. It’s unpredictable, some might even say chaotic or anarchic and that’s exciting. Even more exciting is that it’s “social” media. It’s not just about you or me posting something, it’s about the conversation that almost inevitably results from each post. A better term might even be “community media” because it’s not just about a two-person conversation, it’s an enormous group of people who can join in the conversation. It’s one of the reasons I describe Facebook as being like a bar on a Friday night. Everyone there is a little noisier than normal, a little bit less inhibited about expressing their thoughts and feelings and a lot more likely to tell someone else what they think of them. Also like a bar, it often happens that people who are normally very kind, charitable and forgiving can suddenly become out of control. Some even become monsters. The Facebook “atmosphere” is intoxicating, just like alcohol.

Another similarity with a bar is how conversations flow on Facebook. In the bar the conversation within a group will jump from sport to politics, from the latest gossip on those unlucky enough to be absent from the bar to former boyfriends and then back to sport, all within moments. The timetable on Facebook is a little longer but you see exactly the same effect.

Just a few weeks ago the most popular topic on the group was the misdemeanours happening at a local water park where it was alleged that some men were apparently molesting young girls, taking their photographs and acting very inappropriately. For a few days it seemed that this was the only subject worthy of discussion. But almost overnight the community moved forward, seemingly having exhausted their justifiable anger. I suspect some people have already completely forgotten their rage. So much for #IShallNotForget.

On another occasion, it was the fair-use policy that a local cellular network provider had adopted that limits the amount of data a user can download in a day. For a few days I wondered whether the company would survive the criticism they received. But they did because something else emerged to divert people’s attention.

More recently it was the turn of a bank to be the focus of everyone’s attention. This was the KYC fiasco. For those who don’t know about this, and I can’t imagine there’s many of us that don’t, the various authorities that have an interest in banking, most notably Bank of Botswana, are forcing all the banks and those companies that provide pseudo-banking products such as insurance companies and the cellular network providers to confirm that they know who their customers are. Hence the “Know Your Customer” exercises that all banks have undertaken. The problem is that this hasn’t always gone well. Despite having provided documentary proof of the three things the banks wanted, proof of identity, residence and source of income, lots of people had their accounts frozen. While this was a massive inconvenience to many of those people, it was a lot more troubling for a minority. People were stranded in filling stations, only discovering that their accounts were frozen after they’d filled their cars, other were trapped in hotels unable to pay their bills, we even heard from one who discovered her account was on hold as she tried to admit herself to hospital an
d was unable to pay her 10% of the treatment cost. Luckily her sister was with her and she was able to pay with cash instead.

The most recent “trending” issue was the ridiculous Black Friday we had last week. This entirely American invention, a day of discounts offered the day after their Thanksgiving holiday has now spread around the world and it hit us in Botswana very hard last week.

In particular it hit hard at Game in Gaborone where the store announced that it would open its doors at one minute after midnight. The results were, if the pictures and videos I’ve seen were to be believed, mayhem. Doors broken down, property stolen and queues that lasted hours, all just to get some discounts. My suspicion is that nobody at Game had any idea what was likely to happen when they combined the prospect of discounts with large crowds, tiredness and mob psychology. The danger is that in these situations, the moment a crowd becomes excited, reasonable individuals like you and me disappear and are replaced by “a singular mind”. As one theorist put it, an “individual in a crowd is a grain of sand amid other grains of sand, which the wind stirs up at will.” It doesn’t matter whether it’s a crowd waiting for a bargain, bystanders administering “mob justice” to a thief or a peaceful demonstration that becomes violent, these are all predictable results of the group psychology of homo sapiens.

That’s where my observation comes full circle. Facebook is a bit like that crowd at Game. It’s wonderfully democratic in that anyone can be part of the excitement. These days someone with even the cheapest of phones can join the conversation and express their feelings. They too can join the crowd at the social media bar and either have a good time or go crazy. The real challenge is preventing that craziness turning nasty.
Posted by Richard Harriman at 23:58