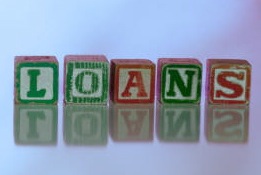 In 2001 I borrowed P5,000 from a major lender who approached my employer offering loans to its employees. The deal was that the employer would deduct money from the employees salaries and pay the lender. This was 12 years ago. Three years ago a lady from the lender called me to say I was owing them P5,000. I explained to her that I had paid through my employer but had long lost my pay slips that showed the deductions as this was many years back. They told me that according to their records my loan was still outstanding. They also mentioned that they had tried to sort it out with my former employer and had failed.

As I had already paid, I did not accept the debt. They then sent my name to ITC . My name has been there since.

Last week they called me and told me to pay up the P5,000 or they would be issuing me with a summons because it was my name and not the employers on their records. My questions are shouldn't they be dealing with my employer and not me? I also heard that if you owe someone and they don't ask for it, after three years it becomes null and void?

What a total cock up by the lender and by your former employer. From what you say you are the one party who has done everything you were meant to do. Both the lender and your former employer are at fault here. You are also right that there are limits on how long a debt can exist before the lender has to take legal action but the problem in your case is that regardless of court action they’ve already listed you with ITC. It doesn’t require legal action to do this, the company just has to register their debt and you’re listed.

Given that this sounded rather urgent I contacted the lender and asked them what they planned to do to fix this situation. To their credit (and this is why I’m not naming them) they were in contact almost immediately and promised to sort it out. It seems that their records are indeed incomplete and what probably happened is that your former employer deducted the money from your salary but never actually paid the lender.

The end result is that the lender has done the decent thing. They told me that they are cancelling the debt completely and will remove your name from ITC’s records as soon as possible. Good for them. If only other companies were as sensible.

I took my car to a garage for a major service in April and hoped that it will be done in 2 or 3 days at the most.

After 4 days I visited the garage and was told that the car had developed a mechanical problem. I approached management and they could not explain to me what really went wrong with the car and they also could not give me a courtesy car I could use while they were attending to my car. I ended up hiring a car for the following week at my own expense hoping they would attend to my car that week.

Two weeks later I went back to the garage now demanding my car and they still could not give it to me saying they are still attending to it and I told them I was not leaving their premises without a courtesy car as I have been greatly inconvenienced. Eventually the manager gave me his cousins car to use and I have been using it since 26th April to date. I have been making follow ups with the garage every day to check on progress and they tell me they have ordered the parts and they will let me know when its ready.

Now my point is what risks do I put myself in using this courtesy car which does not belong to the garage and belongs to the relative of the manager for such a long time? Should I ask the garage owner to write a letter authorising me to use it?

I’m very sorry to hear about your vehicle problem. It must be very frustrating for you.

I also think it's time to insist on an update from the garage about your own vehicle. You should probably give them a deadline before you demand the vehicle is returned to you. Let me know how they respond.

Thuto in the Carpets section of Builders Warehouse is “a true star” and is apparently “courteous, professional and joyous”.
Posted by Richard Harriman at 12:05