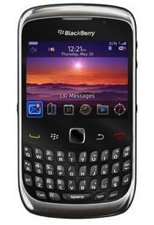 I bought a Blackberry 9300 for P1,695 on the 19th of December last year together with a pouch and a screen protector. A few months later the phone still looks new but the buttons are all soft and weak including the face it has a fake feel to it. Its still under warranty but after I consulted them they say I have to leave my phone with them so they can check the problem and after they check they say they will charge me if it means they have to replace the face cause their warranty apparently doesn't cover the face. I feel a little cheated out of my hard earned money. I still have the receipts and the box everything. Please is there anyway in which you can assist?

I consulted my 14-year old Blackberry expert and he says this is certainly NOT how a Blackberry 9300 should be after such a short time.

I think you should begin by allowing the store to examine the phone and ask to see the technical report on what’s wrong with it. Don’t let them tell you that you can’t see it, you’re perfectly entitled to. If they argue remind them that Section 15 (1) (b) of the Consumer Protection Regulations says a store can’t quote “scientific or technical data in support of a claim unless the data can be readily substantiated”. If they say there’s a problem with your screen they’ve got to be able to prove what it is.

This business about the screen not being covered by the warranty? Not unless you agreed to that when you bought the phone. Tell them that Section 17 (1) (e) of the Regulations forbids a store from “disclaiming or limiting the implied warranty of merchantability and fitness for use, unless a disclaimer is clearly and conspicuously disclosed”. You should also tell them that Section 17 (1) (f) says you can’t have waived your rights to a warranty repair unless you “specifically consented to it”. That means you must have signed something saying you accepted the screen wasn’t covered.

Let me know what the store say and if necessary I’ll get in touch with them to encourage them to do the right thing.

I have received an email last month inviting me to make a presentation at a conference of the International Scientific Conference on Future Energy and Climate Change (ISCFECC). They invited me to submit abstracts of less than 300 words. Their email said:

“We will take care of your air tickets (to and fro), travel insurance, visa fees, local transport and per diem. You are required to book and pay for your hotel reservation at the Royal Guide Hotel, London, the venue of the conference. Send in your hotel reservation receipt issued by the 'Crystal Palace Hotel' to enable the Working Group on Climate Change organizing committee issue your formal invitation letter and disburse your access grant to cover the cost of your round trip air tickets, travel insurance, visa and per diem at the earliest.”

Yesterday I received an email from them confirming that I am accepted but when trying to call them their numbers are not going through.

This is a good example of a conference scam. The idea is always the same. The so-called organizers offer what seems like a free, luxury conference with free flights, fees, transport and, in this case, a daily fee on top. The only thing not included is a hotel stay. That’s what the scam is really all about, that hotel payment.

This is NOT how conferences work. Conference organizers simply don’t pay for total strangers to fly around the world to attend their conferences. The organizers of legitimate and major conferences don't use free Yahoo email addresses and cellphone numbers like these people do. Most importantly, respectable hotels don't ever demand payment up front, it’s just not how hotels operate. They certainly don’t demand that the money be sent using Western Union. Did I mention that neither of the hotels they mention actually exist?

Finally, amusingly, the address they give is that of a road haulage company, not an international conference.

Logan from Kia Motors for “consistently good service”. Also the team from Skip Hire for efficient, friendly and impressive service. And then Dignity at Pick N Pay at Lolapo Crossing for her kind service at the bread counter. Finally the staff at HiFi Corporation for their friendly, efficient and rapid service.
Posted by Richard Harriman at 20:10