What made my child ill?

Hi Richard. Please clarify something for me. It happened that last week Tuesday I bought a pack of biscuits from one store for my 19 months baby. She ate the first packet same day I brought them, then the following day she had another one. Then I noticed she had some rash on her arms and part of her face. I thought it was heat rash. The following day, when I arrived home from work I found that the rash was now spreading to the rest of the body, I then took her to the doctor. Later I found out that the biscuits I've been giving her the best before date had passed, I sent a message to the said store's page. They responded and advised I come to the shop which I did. Met the manager who then told me to bring a doctor's report indicating that indeed the child was sick. Unfortunately the doctor could not help me because at first I did not tell him that the child was reacting to the biscuits which is true because I did not know what was causing the reaction.

I'm not a doctor or an expert in food safety but I suspect this is more complicated than it seems.

Firstly, the store did nothing illegal by selling biscuits that were beyond their Best Before Date. BB dates just offer advice about when something will be in its best condition. Expiry Dates are the dates that really matter and a store that sells something after an Expiry Date can get into serious trouble.

Then there's issue of your child's reaction. It's almost always incredibly difficult to state with certainty what food might have caused us to be unwell. Most of us, including children, consume a huge range of food items every day and without lab tests it's very difficult to pin the blame on just one of them. I would ask what other, perhaps more risky items she consumed that day and in the recent past? It could have been any of them or perhaps even not related to food and drink. It could have been something she touched, a new washing powder, an allergy to a pet or even just the heat we've experienced in the last few weeks.

I am requesting clarity on a personal note. I want to understand which way or regulatory body to use when lodging complaints against my bank.

I took a personal loan with my bank which is insured against retrenchment in 2018 and I am now retrenched. I submitted my claim with the bank in March after been retrenched and they claimed to be doing their investigation. Now 7 months later they respond having declined my claim for cover.

What can I do? 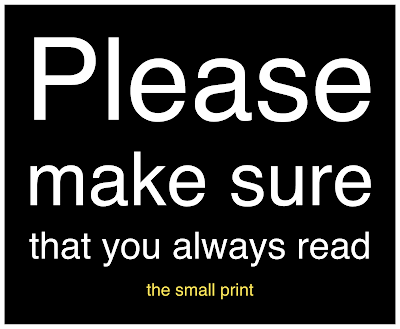 Like many issues this all depends on what's in writing. Banks, insurance companies, almost every industry rely on contracts with their customers that dictate what their agreement says. Consumers like you and me rely on them just as much.

There's a fundamental principle in the law that says that when an agreement is in writing, that writing is all that matters. Subsequent verbal agreements, things we thought we understood, something a friend told us, none of that matters. The only thing that matters is what's written. Of course these days an agreement can be electronic, it doesn't need to be on old-fashioned paper but it's still in writing.

I think the best thing to do is to read your policy document very carefully. That's what matters.
Posted by Richard Harriman at 11:43