I desperately need your assistance. In 2020 my aunt bought a sleigh bed at a furniture store with the sales representative's idea that she opens an account with my initials and when she has a letter from her workplace she'll transfer everything to her names which she never did. I was given forms to fill in under my names.

Unfortunately along the way she failed to settle her debt, now I'm the one who has been blacklisted even though I was just a there to assist until she able to sign the account in her names.

Just recently I tried to buy a TV by hire purchase and my application was declined because apparently I have been blacklisted. That is when I tried to explain my situation to them and they told me that their hands are tied.

I'm only 26. I'm starting my own life and now I can't buy anything through higher purchase. I desperately need you to help me solve this issue. 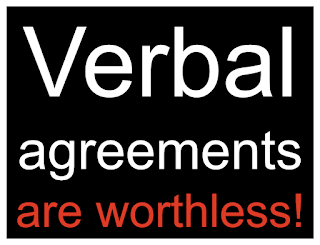 I wish I could offer you some good news. But I can't. There isn't any.

I think you now know that you made a serious mistake in signing the forms in your name on behalf of your aunt, don't you?

Morally, it's obviously up to your aunt to find a way out of this situation but if she has no money there's little she can do. Perhaps the extended family can help? The only practical suggestion I can offer is that you keep talking to the store and assure them that you're doing your best to pay back the debts that are in your name. I'm sorry I can't offer better news.

On the 1st March I bought a used MacBook Pro from a store in Main Mall with 3 months warranty. I took it back on the 2nd March the following because it had fault, they fixed it and when I got it back I discovered another problem. I took it back again on the 12th March and they fixed it but it took something like two months to get fixed. I used it and then in July again it had a problem. I took it to them and told them I need a refund. In August I wrote them a letter asking for refund but the keep on promising me with empty promises and they never communicate. I can go to their shop and don't find the owners and leave the message but they never communicate. A week ago they promised me that they will pay me last week Friday but they didn't. I sent them WhatsApp messages and they responded saying they will send me money before end of yesterday because they are waiting for a payment somewhere but they didn't and they didn't even communicate even up to now.

You've been incredibly patient and I really admire your persistence. Many stores who let down their customers rely on people giving up after waiting for too long. You haven't given up and I respect that. I also like that eventually you put something in writing demanding a solution.

I'm sure you understand that the MacBook Pro you bought was used so we can't expect it to be in brand new condition but we can and should expect it to work reasonably well considering its age.

The good news is that the guy has offered you a refund. The bad news is that I dealt with the same company late last year with a slightly different situation. The company bought used equipment from someone who never got paid. They told me that even then the company was in financial difficulties. Seems like nothing has changed.

I've contacted them again and asked for an update.
Update: They responded, promising to pay half within a week and the rest as soon as they have some money.
Posted by Richard Harriman at 12:06