The collapsing Jojo (an update)

Last month I answered a question from a reader who asked this:

"I engaged a compony for installation of a Jojo tank at my farm. I paid them the full amount and 2 days after the installation the structure collapsed owing to their poor workmanship. They then promised to buy the Jojo tank and re install the structure. It's been over a week since their promise and now they are not even taking my calls.

How can you help? Or do you suggest I move forward?" 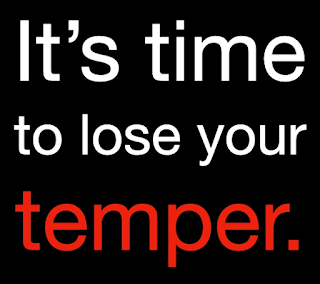 I suggested then that the time for patience and tolerance was over. I said that Section 14 of the Consumer Protection Act says that when "a supplier undertakes to perform any services for or on behalf of a consumer, the consumer has a right to" they have a right to expect the supplier to do their job "in a manner and quality that consumers are reasonably entitled to expect".

A Jojo tank on a stand shouldn't fall over in any circumstances other than perhaps earthquakes and powerful storms. Neither of these things happened this time, It fell over because it was badly constructed and it's obviously the job of this supplier to fix it.

The bad news is that despite lots of promises and even sending me his WhatsApp location to prove he was nearby and ready to fix the problem, nothing has happened. Nothing at all.

One option is to involve the Competition and Consumer Authority. They can approach this guy and compel him to explain himself and then remedy the situation. Another option is to seek an order from the Small Claims Court for a refund. Perhaps the most effective option is for the customer to identify the company who let him down so badly in the Consumer Watchdog Facebook group? I know the consumer is telling the truth because I've seen the pictures and the supplier has also admitted that he's responsible. So maybe that's the first thing to do?

I desperately need help. In April I asked this young man to wire my house. He came to see my house and told me he can get material through his company where he can get better discounts. So I sent him P3,620. He never came back to me, he always had stories and reasons up to date. I reported him to Mochudi Police but they never assisted me saying they don't handle such cases.

Please help me here, where can I get proper help to report this young man. I need my money back.

This guy is very suspicious. I'm a bit confused. In a conversation you told me that you hired him as an individual so what is this about getting discounts through his company? I wonder whether he's trying to separate a personal contract from his normal business dealings? There are many ways of trying to avoid tax if a company owner channels business through their personal account rather than through the business.

But in fact things are more complicated. You sent me a picture of his business card which describes the various things his company does, installing generators and solar panels, household electrical work, air-conditioners, refrigeration equipment, cold rooms, it's a long list. But here's the strange thing. The company doesn't exist, CIPA have no trace of it. Or of him. Obviously he exists, just not in the way he suggests.

Regardless of all this there is one very simple truth. You paid him a lot of money to do some work for you and he didn't do it. He now owes you one of two things. He can either do the work or he can give you a full refund. However, we already know that he's a bit suspicious and I don't think you should trust him to do do anything electrical in your home. Please don't take that risk.

I've contacted him and asked him when he's likely to pay you a refund. So far I've had no answer but I won't give up.
Posted by Richard Harriman at 13:02