Can I take the tyres back?

How can you help me. I came to a tyre place to buy BF Goodrich tyres and the sales guy convinced me to buy Cooper tyres as he said they are better tyres only for one tyre to be damaged by a thorn and now they don’t want to take their set of tyres back and give me BF Goodrich. They are saying they can only take them back for P1000 each but I bought then for P2500 each. Even their employees are confirming that Cooper is junk. What can you do to help? 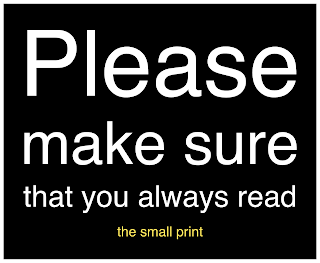 Firstly, I don’t believe there’s anything wrong with Cooper tires, at least not in my experience. I’ve had at least one complete set and I believe they’re still in use on the vehicle I bought them for.

Secondly, I’m not sure you have a right to demand that the tyre dealer replace the set you bought. Is there any real evidence that it was a problem with the tyre that caused it to be damaged? Surely it was the thorn you say that damaged the tyre and that could just as easily have happened if you’d chosen any manufacturer?

Section 13 (1) (a) of the Consumer Protection Regulations is clear that consumers are entitled to goods that are “of merchantable quality” and from what you say, these tyres were that. Remember also that Section 13 (1) (c) of the Regulations is clear that when goods are second-hand, they can’t be sold as new. If the dealer was to take back the tyres they sold you they’re going to lose out financially, which is why they’re asking P1,000 per tyre.

Given the circumstances, I suggest it’s best to stick with the tyres you bought.

Several people contacted us recently with very similar questions. They cancelled what they called an insurance policy and didn’t get their money back. Have they been robbed?

There are two issues here, depending on what type of policy they actually bought. The first relates to insurance policies. With an insurance policy, you pay a premium, usually monthly, and in return the insurance company takes on the risk associated with the event you’re insuring against happening. Whether it’s a policy covering your vehicle, your house, your health or your life, the insurance company will pay the costs (or most of them) if something bad happens. The commonest type of policy most of us have is a funeral plan. If, during the term of the policy, one of the people named in the policy dies, the policy will pay the costs of their funeral. However, if you cancel a funeral plan, you don’t get your money back. That’s because you were paying for a service that you received during the period of the policy, even if you didn’t claim. Yes, even if you didn’t claim, you still got “cover” against the risk.

Then there are investment products. They’re a way of saving money for the future and usually they’re for the long-term investor and that makes them a bit more complicated. Many long-term investment plans involve payment of commission to the company that offers the product or the agent that sold it to you. However, in a policy that can last for ten or twenty years the agent doesn’t want to wait all that time for their income so they “front load” their earnings at the beginning of the policy period. In other words you pay the commission up front in the first couple of years. You only start to earn money after that period is concluded.

The problem happens if you cancel the policy during that early period. Because the commission is taken in that period, you might not have actually earned any money yet. You might take home very little or perhaps nothing at all.

We’ve heard about this second situations many times and it seems that sometimes the people selling these policies either neglect to mention the front-loading of the commission or they deliberately hide it. Even if they do mention it they often do so using language that customers don’t understand and the result is simple. People don’t realise that if they cancel their policy in the first few years they get little or nothing from it.

Clearly it’s time for the people selling these policies to be a lot more open about how these policies work and in particular about things like front-loading.

Meanwhile, the lesson for us all is to read and thoroughly understand any insurance or investment policy we buy, before we sign them, not afterwards.
Posted by Richard Harriman at 17:05