It’s a question I sometimes ask myself. Are consumers stupid? Are we perhaps a bit insane? Should our mothers allow us out unaccompanied?

Some while ago we had a visit from a desperate consumer who wanted our help. She was a mature woman with a long, reasonably successful career in business. Now she was running her own store. She was the sort of person I really admire. She’d saved some money from her mainstream job, had quit and had invested it in a small start-up business and then worked very hard to make a success of herself. Until she made catastrophic mistake.

She had a regular customer, a man who would often visit her store, would have a chat and would then buy a few things. He sounds like the perfect customer.

After several visits the situation changed a bit. He visited the store one day and told the owner about a project he was working on and that he needed some capital. Would she lend him some money? She gave it some thought and because he was a nice guy, spent money in her store and had a nice smile she said yes, he could borrow the money. Off they went to the bank and she transferred the money directly into his account.

Guess what? He didn’t pay her back. My heart sank. But you and I both knew that was going to happen, didn’t we? You don’t lend money to strangers. Don’t we all know that?

A year later she was in my office asking me if I could think of any way to help her get money back.

My first question was simple. You put this in writing, didn’t you? No, she said, it was just a verbal agreement. My heart sank further. How would she ever be able to prove that she’d lent him the money, how much she’d lent him or what plan there’d been for him to repay her?

I plucked up some courage and asked the big question. How much did you lend him? “One point four”, were her exact words. I felt a little better. I was about to suggest that she forget the loan and give up because, well, it was only P1,400, wasn’t it? To someone running a successful store that’s not enough to ruin the business and she’d probably spend more trying to recover the money than the amount she might get back.

But I didn’t say that. I didn’t say it because of the expression on her face. My heart started sinking again. Rapidly. “Exactly how much did you lend him?”, I asked.

My heart sank so low that I was close to calling my cardiologist.

I think I was very restrained. I didn’t laugh out loud, my jaw didn’t drop to the floor, I didn’t get up and start shaking her. Instead I sympathized, told her that I suspected that it would be very difficult to recover the money without any evidence that she actually lent it to him but recommended an attorney that I trust who might have some ideas. The problem is simple. If she ever managed to get him in front of a magistrate or judge he’s just going to say that it was a gift between friends or perhaps even lovers and that she’d agreed he didn’t need to pay back the money. He could come up with any story that seemed plausible and she wouldn’t be able to prove otherwise.

I also think I was very restrained because I didn’t ask the women for her mother’s phone number so we can arrange to have her locked in her bedroom until she grows up and develops some common sense. 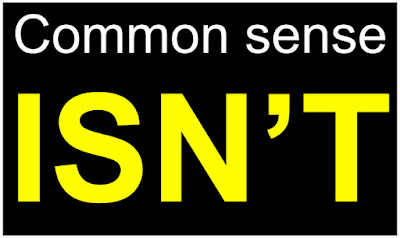 It’s important to note that this woman isn’t stupid. She had a successful career and then had the intelligence needed to start a small business. But she’s clearly catastrophically naïve.

It’s similar for the people who join Multi-Level Marketing schemes like Amway, Herbalife, Tupperware and pyramid schemes like World Ventures. They’re not stupid but they are gullible. Even when they’re presented with the facts that the companies very quietly reveal in the income disclosure statements they either ignore them or develop complex denial mechanisms to avoid the uncomfortable truth. Almost everyone who signs up for the schemes either makes no money or even loses money from doing so.

And then there are the victims of scams. The scams we’ve all seen about the daughters or widows of West African millionaires who need help transferring money out of their country, amazing job offers in exotic places or expressions of love and desire from strangers on Facebook. Are the people who fall for these scams stupid?

Yes, some of them obviously are but the majority are just gullible. Gullible enough to fall for that initial email of Inbox message. And that’s exactly why these scams are so successful. The scammers actively seek the most gullible people.

Cormac Herley, a researcher employed by Microsoft, wrote a paper (link to 553kb pdf download) in 2012 entitled “Why do Nigerian scammers say they are from Nigeria?” that examined these scams. He wrote:


“An email with tales of fabulous amounts of money and West African corruption will strike all but the most gullible as bizarre. It will be recognized and ignored by anyone who has been using the Internet long enough to have seen it several times. (…) The initial email is effectively the attacker’s classifier: it determines who responds, and thus who the scammer attacks (i.e., enters into email conversation with). The goal of the email is not so much to attract viable users as to repel the non-viable ones, who greatly outnumber them.”

The scammers send these ridiculous emails to millions of potential victims, and they’ve discovered that the best way to maximise their success rate, to get the highest proportion of victims to cough up cash, is to make that first message as ridiculous as possible. If they do that, then only the MOST gullible people will respond. The people likely to respond to those emails are the ones worth the scammer’s time. Make the first email as stupid as possible and the victims will select themselves.

Stupidity isn’t the biggest threat we face and no, most consumers aren’t stupid. But a lot of us are deeply, dangerously gullible. And the only way to combat that is by developing a national skepticism. Are you prepared to be part of the movement?
Posted by Richard Harriman at 13:57