I bought LG39 inch TV through high purchase in December 2013, I have completed paying for this TV on in December 2015, but it got damaged while still under warranty. The TV was returned to the store who promised to fix it on January 2016. They gave me a temporary Hisense TV whilst mine was to be fixed. I waited for the replacement of my LG TV for almost a year because it was out of stock, as they have promised to replace it with a new TV.

However they failed to fix my TV and their Hisense TV has since broken down. In February 2017 they gave me another TV which according to record was used in that shop as a Demo TV. This TV was dumped at my home with no papers whatsoever. When I told them about their TV, the only answer I got from them was “you always damage TV sets”. I am still waiting for them to collect their Hisense TV and give me my LG TV or alternatively give me my money so I can by elsewhere. 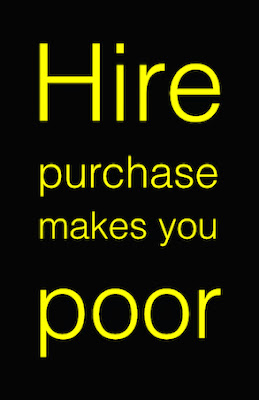 This is tricky. The first thing to understand is that the store is obliged, during the warranty period, to either fix the TV when it broke, or to replace it. However, I don’t think you have a right to have the TV necessarily replaced with an entirely new one. You don’t mention when exactly the TV stopped working but let’s assume it was 18 months after your first received it? In that case you’re entitled to a TV that is equivalent to the one that stopped working, the one that was now a year and a half old. Not a brand new one. Meanwhile the TV must be roughly equivalent to the broken one. It must be of the same quality and functionality. If the former demonstration TV they gave you is roughly the same quality as the original then I think you’ve done reasonably well.

It’s also important to understand that you’re not going to get your money back. As far as the store, and the hire purchase agreement are concerned, the deal is done, You were given a TV for the period of the agreement and they got their money. That transaction is over.

I bought a laptop on high purchase and it got stolen from my house as it was broken into while we were away attending a relative's funeral. However, I reported the issue to the shop and was asked to submit all the necessary documents from the police as proof of theft. An officer from the store also called in at my house to do assessment for further verification of theft.

I was then asked to wait while the necessary procedures are done hence be given a replacement thereafter; that was in June 2015.  Up to now I haven't received any response from them but rather I recently received a phone call from a debt collector's office that I am owing the shop money and that I am requested to pay such monies or I will face some repossession. I'm asking for your help with regard to this.

I know I shouldn’t find it amusing but what exactly do they think they can repossess? Does their credit control department not speak to their claims department? Don’t they know the laptop has long gone?

The problem you’ll face is if you owe them money. Did you stop paying your instalments after the laptop was stolen? If that’s the case then you’ll be in breach of the hire purchase agreement and that almost certainly means they’re no longer obliged to replace it.

I’ve said this before but one of the many problems with hire purchase is that you don’t own the item you’re buying until you’ve made the final payment. Until that moment, you’re just hiring the item, that’s why it’s called HIRE purchase. The laptop still belongs to the store. It’s also important to understand that the hire purchase agreement you signed will say very clearly that you only have rights to possess the item, or to have it replaced if its stolen or damaged if you’ve kept up with the instalments. If you’re in arrears you have no virtually no rights, just obligations.

I suggest you contact the store urgently and find out how much you owe them. Then you’ll have to pay it, even without having the laptop, but that’s how hire purchase works. Horrible, I know.
Posted by Richard Harriman at 22:46