Is my landlord being fair?

I rented a bachelor pad in beginning of June. I paid 2000 security and 2000 rental. On the lease there was somewhere where it stated that "its a 2year lease and if I happen to leave before the 2 year period elapses I will have to look for another tenant or I will be liable for paying the rest of the months left on the lease". I signed the lease anyway because I had a stable job.

My employment term got terminated end of September and I told the landlord that end of November I will be leaving. He didn't have a problem with it but reminded me of the lease agreement. I did my best to look for that tenant to no avail. So I contacted him again to let him know that I couldn't find anybody. And mind you he has some guy he is using as his 'agent'. He is the same guy I contacted after he advertised this house on Facebook. And now the landlord is saying if he uses his "agent" am gonna have to pay that agent half- the rental which is P1000.

Is this fair at all?

I do understand your difficulty. It might not have been your fault that you lost your job but think of it this way. Is it your landlord’s fault either? He rented you his house in good faith and he's sticking to his side of the agreement. He’s done nothing wrong so it’s even more unfair on him if he is disadvantaged as a result of your problem.

I’m sorry but you need to abide by the terms of the lease agreement that you signed. Like any other contract you might sign a lease is a legally binding document. Your lease made it very clear that you would need to find another tenant to take your place if you left before it expired.

Unfortunately you’re either going to need to find another tenant to take over your lease or pay the landlord the P1,000 contribution he’s asking you to make to hiring an agent to do this for him. In fact the landlord is being rather generous. He could have demanded the full P2,000 agent fee from you. Realistically paying the P1,000 might be the cheapest option for you. Sorry I don’t have better news.

Is Kipi a pyramid scheme?

Richard is KIPI some kind of pyramid scheme or what? I hear its very popular in South Africa.

Kipi shows all the signs of being another pyramid or Ponzi scheme. I urge you to be VERY careful before you part with your money.

The people trying to recruit others into Kipi make a number of claims about their business. They include “No monthly payments, No need to recruit (optional), No selling of any products, No buying of any products, No manager or owner in handling of funds, No company or firm to deposit your money to, No company or firm to receive withdrawal from, No LAW against Kipi community practices.”

In fact I can’t see there’s any business there at all. I’m also always suspicious about any business that starts by saying they’re not criminals. Who, other than a criminal, would say that?

Curiously they give very little information about how might make money from the scheme. They claim that they’re a community saving scheme, a “stokvel” but then hint that it’s something to do with Bitcoin. Elsewhere they imply that they are a Multi Level Marketing scheme. I smell a rat. 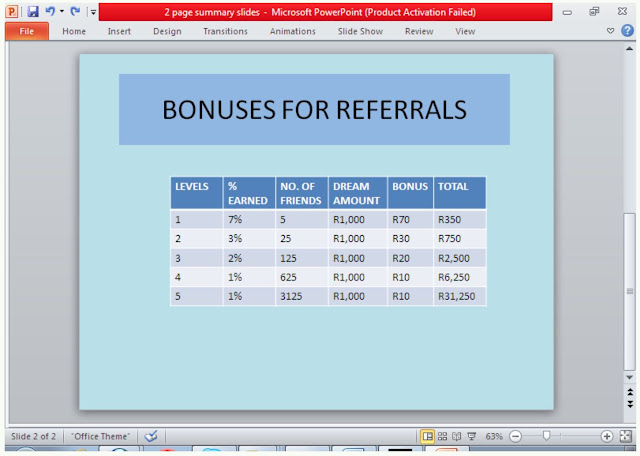 I’m not the only one. According to IOL in South Africa Kipi was “referred to the National Consumer Commission (NCC) for investigation by the Reserve Bank, following an earlier referral by the Financial Services Board (FSB) of the scheme to the Reserve Bank”. Apparently the scheme is operated by someone called Chris Walker who has already had an earlier scheme call Defencex closed by the South African authorities, leaving R352 million that couldn’t be found.

There are many, many reasons to be very suspicious of Kipi. Please don’t waste your time and money investing in this deeply dubious scheme.
Posted by Richard Harriman at 17:12