Is this a loan shark?

I came across a flyer for quick and easy loans. The advert reads thus NEED CASH NEED TIME TO PAY? First month is interest free. These are their requirements; OMANG, PAYSLIP, 3 MONTHS BANK STATEMENTS AND ATM CARD.

I thought the law doesn’t allow them to hold on to your omang and ATM card anymore. Please help out of curiosity. 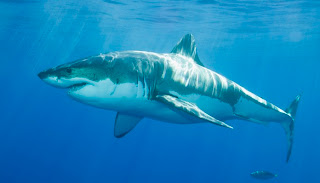 I have a confession to make to readers of The Voice. I like making loan sharks suffer. Maybe it’s bad of me but I think they deserve it. Of course there are plenty of reputable micro-lenders but I’m not talking about them, I don’t mean the ones who have registered with NBFIRA and who obey the rules that NBFIRA have set.

I mean loan sharks. I mean the ones who haven’t registered and who still adopt the approach that many adopted before NBFIRA came along to clean up the industry. I mean the ones who take your ATM card and Omang. Of course it’s possible that we’re misreading this flyer, maybe they just want to SEE your Omang to check your identity. But you have to ask why they need to see your ATM card?

I’ll be talking to our friends at NBFIRA about this and letting them know that there seems to be a rogue loan shark who has decided to ignore their rules and who needs to be summoned and given the lecture on how things work these days. And maybe I’ll even ask to be there when they’re forced to apologize and stop their wicked blood-sucking, parasitical practices.

Can she get a refund?

My mother sent my younger sister on the 14th September 2015 to go to a shop to buy some furniture for my other younger sister. She purchased a Double Bed for P750 and Chest of Drawers for P459 the total price for both items amounting to P1,209.

The Owner of the Shop refused to refund the money for the bed, instead he said he can only refund after taking 20% from the price of the item which to me is unlawful since my sister never took anything from his shop. I advised my sister not to take the money because we do not understand why he is taking that 20% from us. Right now the goods are still at his shop as well as the money.

We need only the chest of drawers and a refund for the bed because we no longer need it. The owner of the shop does not want to talk to me, we only talk to his sales ladies and they are afraid of him.

Unfortunately the store owner, no matter how unpleasant he might be, is within his rights to charge you a fee for cancelling the purchase. Think of it from his point of view. Has he actually done anything wrong? It’s your sister who has changed her mind. Technically the goods are now second-hand and he can’t legally sell them as new any longer.

However, that all depends on whether the bed has been shipped yet. If it’s still in his warehouse and hasn’t even moved then nobody will object to him selling it as new to the next customer. Meanwhile it is reasonable for him to deduct the expense of reversing the transaction but I’m not convinced that it will cost him P150, 20% of the purchase price.

We’ll get in touch with the store owner to see if he can see reason.
Posted by Richard Harriman at 07:34