I have a friend who has funeral policy which was opened in July 2005. She was paying P110 every month towards this policy which they got directly from her bank account and she is self employed. She failed to pay for the months of August, September and October 2014. She went on to pay on the 21st of November 2014 and she was told to open a new policy as the old one was cancelled due to her failure to pay for the 3 months. What is the right procedure to deal with this issue, what happens to the money that she contributed since 2005? 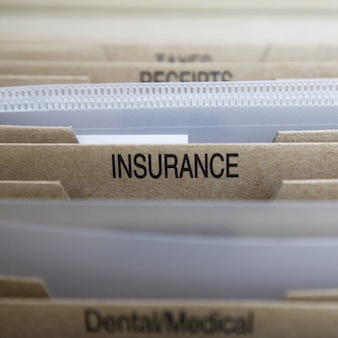 I think we all need to understand much more clearly the difference between an insurance scheme and a savings scheme.

A savings scheme is a way of putting money away somewhere safe so that it will be available at a later date. Some savings scheme are for a fixed period, others are more casual. With all of them you get your money back at some point, if you’re lucky with some interest.

A funeral policy is an insurance scheme. While you continue paying the premiums, if something dreadful happens like you or any of the other people covered dying, the insurance company will pay the bills. If however nobody dies then nothing is paid out, but meanwhile you had the comfort of knowing that they would have done if necessary.

I don’t think your friend understood this. When she stopped paying the cover stopped. The money she paid in over the years is gone because she was saving money, she was buying something: cover against risk.

I suggest you go back to her and explain what it was she actually bought. I’m happy to explain it to her as well if you like.

I took my vehicle to one local garage for it to be fixed. They initially quoted me P14,000. I could not afford to pay that money at the time which was in July 2011. We then agreed with the garage owner that in the meantime I would either take the car and pay storage fee or let them fix the car at the quoted amount. Afterwards I could not afford to pay for the vehicle and decided it stayed with them until I have money to pay for them to fix the car. To my surprise I checked them now to go ahead with fixing the car at the agreed amount, but they told me that they will have to increase the amount I have to pay because prices for car parts have increased. I chose to buy parts for myself and let them fix the car and charge me service fee. I was surprised to hear them telling me that they have stripped the car, it doesn't have gear box, engine and even the slightest things like boot and fuel tank openers. In this case I don’t know what to do because my car was in good condition, except for them to fix rear windscreen, front wheels and suspension?

I think you might be in a rather difficult situation here. Most mechanics will have a limit to how long they are prepared to store a vehicle for an owner before they either dispose of it or start using it for parts, as they have done with yours. Normally this period is a few months and in order to discourage people from leaving their cars for too long mechanics also often charge a storage fee.

In your case you left the vehicle with the mechanic 3½ years ago which is a very long time. I can understand how the mechanic was losing patience with you. Nevertheless I hope that the mechanic tried to let you know what he was going to do to the vehicle before actually doing so? I hope, for his sake, that you signed an agreement in which you consented to him doing this? If you didn’t then I suspect he might be the one in the difficult situation.

Please let me know and we’ll be happy to get in touch with the mechanic and see if anything can be done to help you.
Posted by Richard Harriman at 20:36