This might be difficult to get fixed. The problem is that you really must alert a store or a supplier to problems with something you’ve bought while it’s still covered by the warranty. Complaining after it’s expired is probably not going to work. However it’s possible the store will be reasonable if they have records that show that they failed to fix the problem initially. Did you tell them when they claimed to have fixed it that it was still giving you problems?

The other issue is that if something never works, from the day you bought it I think you had a right to a replacement. If things stop working after a while you can reasonably expect a repair but if it fails on Day 1 something is clearly very wrong and you deserve a replacement or a refund.

I suggest you explain to the store what you think happened and see if they’ll be reasonable. Also you can send us more details and we’ll get in touch with the store and see what they have to say. 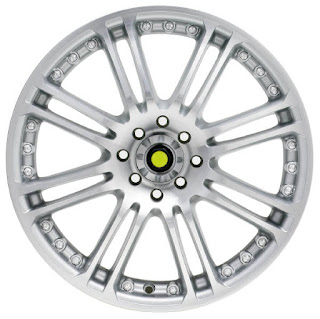 In September last year I took my broken MAG wheel for repair at a tyre company and after two weeks was told the MAG wheel was fine and it looked SUPER FINE and to my disappointment I travelled less 100km with it and I had a tyre burst.

I reported the matter to the manager of the work shop and he advised me to return the wheel for repair which I did. My MAG stayed almost 3 months at their workshop and later on I was told that they can’t find the piece of metal to fix it. I then demanded a refund which we agreed was the best solution. As of now from September I haven't received my MAG WHEEL and my refund and the most irritating part is a month before he was taking my calls and we agreed I come to the workshop to get my refund only to find him absent from the work shop and he told the workshop manager to give P100 as a refund whereas I have paid P350. I demanded a meeting with him but all attempts of meeting him got fruitless as he keeps ignoring my calls as of now.

I therefore appeal to your respective association to help me get my MAG wheel and my refund as they have drastically failed helping me.

I’m sorry to hear of your trouble. I suggest that you write this company a formal letter saying that they have breached their legal obligations by failing either to repair your tyre, to return it or to pay you the refund they promised. You should perhaps also mention in your letter that Section 15 (1) (a) of the Consumer Protection Regulations 2001 requires an organization to deliver services “with reasonable care and skill”. Clearly they have not.

Give them 7 days to fix this or you’ll take them to the Small Claims Court.
Posted by Richard Harriman at 16:58