I have no receipt!

I bought a TV in April for P9,999 and the TV stopped working beginning of October.

I reported the issue on 10th October and sent them all the information, the serial number and bank statement proof of purchase. He told me at the time that their system that reprints invoices is not working and IT in South Africa are looking into it.

After several follow-ups, I went to see the Shop Manager on the 22nd October to escalate the issue and sent him the details. He promised to give me feedback but he did not bother. I called after a week, he told me the same story that the other guy had told me and that he is waiting for the IT team to assist.

I called him several times and never answered my calls until yesterday when he told me there nothing he can do without a receipt. He gave me an email address of someone in Namibia. I sent an email and got no response.

There are several issues here and more than one law that I think applies. Before I start it's worth saying that whenever possible we should keep receipts for the goods we buy, particularly the expensive ones like your TV. The problem is that this isn't always practical. Receipts get lost, are left in the washing or simply fade so that after a few months they're just a blank piece of paper. That's why we should always take a picture of any important receipts with our phone and then send it to a reliable friend or relative as a backup.

However, even without a receipt it's still possible to prove that you bought an item from a particular store. You had a bank statement proving you spent the right amount of money on that date. That should be enough for any reasonable person. In my view, the situation is simple. The store should be able very easily to prove you are their customer and then honour the warranty on the TV you spend a lot of money buying. Frankly I don't care that their system isn't working properly, that's their problem. Not yours. I wonder if they know that any system that contains personal data like your purchase history must, by law, be supported by "reasonable security safeguards"? That's what Section 14 of the Data Protection Act says. By coincidence Section 14 of the Consumer Protection Act says that a supplier must offer "timely performance and completion" of services to a consumer.

I contacted the store and they gave me the same silly excuses. Let's hope they come up with a better solution very soon. And let's hope they understand the law sooner rather than later.

Mr Richard do you know a company called Legit Notch FX they are in Bitcoin mining. Are they legit or just scammers? 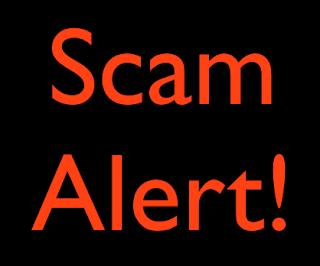 Firstly, I'm very grateful that you asked before "investing" with a company like this. That's because it shows all the signs of being a scam. Firstly, while they have a web site which describes them as a "Trusted Forex and Cryptocurrency Broker", they give no clues about where they might be based. They give a phone number that appears to be in Delaware in the USA but their domain is registered to an address in Iceland. It was also only registered in January 2022. It doesn't add up.

Because they don't seem to offer their location it's also almost impossible to see if they're a registered company anywhere in the world. I suspect they're not. The biggest clue that this is a scam is actually their web site. Like many such crypto and forex trading sites they offer testimonials from what appear to be satisfied customers, including pictures of these customers. However, these testimonials are clearly fake because I found identical pictures with identical comments on several other scam crypto and forex sites.

The biggest lesson for all of us about cryptocurrencies is that it's an incredibly risky place to put our money. Only a few weeks ago, FTX, the third biggest cryptocurrency exchange in the world collapsed losing investors billions of dollars. In sworn evidence, John J Ray, the appointed liquidator of FTX said that:

That's not just true of FTX, it's a real risk even with the legitimate exchanges. There is no oversight, no effective regulation, no protection if things go wrong. Is that a risk you're prepared to take with your money?
Posted by Richard Harriman at 14:04