Will they repair it?

I have a complaint about a shop in Main Mall where I bought an iPhone 6S Plus which is not working according to my expectations.

Ten days after the date of purchase the charger stopped working. I tried to reach out to them but they kept ignoring me, I bought it in Gaborone but I stay in Serowe so because of lack of money I couldn't go to Gaborone. In July it was less than a month after buying it, I went to them to tell them about the charger. They gave me another one and I went back to Serowe. Still in July the phone had a problem of vibration I told them via WhatsApp but they ignored it until it started switching off at 29% power. I also tried to reach but they kept ignoring me until I told them that I'm going to the police. A constable in Serowe connected us until they agreed to diagnose the phone and repair it so last week Monday I went there to give them the phone for diagnosis and repair. They suggested I come back with money to top and get another iPhone bigger than the one I'm using. I left my phone which was supposed to be back on Wednesday, I tried to communicate with them but ever since then they switched off their phone. I received my phone on Thursday morning but they are still not replying and they did not repair anything. 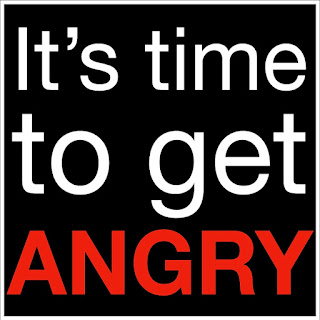 I think we need to escalate this situation and help you demand your rights.

Section 15 (1) of the Consumer Protection Act says that a consumer "has the right to receive goods which are of good quality, in good working order and free of defects". Clearly they failed this test.

Section 16 (2) of the Act say that a consumer "may return goods to a supplier in their merchantable or original state, within six months after the delivery of the goods … if the goods fail to satisfy the requirements and standards" required by the Act and then they must either repair the item, replace it or refund the consumer. They failed this test too.

Section 16 (4) of the Act It goes on to say that once something has been repaired, if "within three months the same problem recurs in the goods, the supplier shall … replace the goods or refund the consumer the amount paid by the consumer". Yet again, they're failing.

I'm not convinced this was a new phone when you bought it. I checked the serial number and the warranty on the phone expired in 2017, suggesting the phone was first activated in 2016. I think they're hiding something.

I contacted the store and all they could say was that you should return it to them again. They weren't able to offer anything better than that so let's get a bit more aggressive, don't you think?

I engaged a compony for installation of a Jojo tank at my farm. I paid them the full amount and 2 days after the installation the structure collapsed owing to their poor workmanship. They then promised to buy the Jojo tank and re install the structure. It's been over a week since their promise and now they are not even taking my calls.

How can you help? Or do you suggest I move forward?

I suggest you DO move forward. By getting even.

I can't think of a better example of a failure by a supplier. Section 14 of the Consumer Protection Act says that when "a supplier undertakes to perform any services for or on behalf of a consumer, the consumer has a right to" they have a right to expect the supplier to do their job "in a manner and quality that consumers are reasonably entitled to expect".

A Jojo tank on a stand shouldn't fall over. It's not complicated, is it? And if it does fall over, the job of the supplier is just as simple to understand. Fix it.

I'll get in touch with the guy and try my best to explain these simple facts.
Posted by Richard Harriman at 12:37