They damaged the laptop they were trying to repair!

Kindly help me here with advice. My cousin recently bought a laptop from a furniture store in Maun and within the first few weeks, it started having problems with the charging system. She returned it and yesterday they called her to come collect it but now it comes with scratches on its cover. When she ask about them they say, it is because it was transported to the Technician without its box. Is that really a good thing for them to say? Is there anything she can do, like getting an exchange for a new one or refund because now it is stressing her. Your advice would be much appreciated Sir. 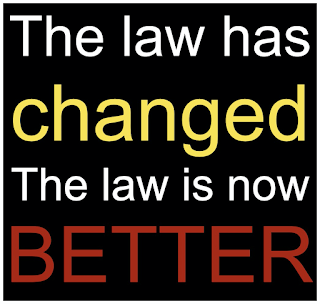 Is that really a good thing for them to say? Obviously not.
Is there anything she can do? Yes. She can get angry.

Firstly, the store was obviously required to fix the laptop as it was still under warranty. At least they tried to do that.

However, Section 14 (1) (b) of the Consumer Protection Act says that when a supplier like this one

"undertakes to perform any services for or on behalf of a consumer, the consumer has a right to … performance of the services in a manner and quality that consumers are reasonably entitled to expect".

I think it's reasonable for a consumer like you and me to expect a repair done under warranty NOT to involve further damaging the product being repaired, don't you?

Their feeble excuse that it was transported without its box is just silly. The should have found another box. They're a furniture store, aren't they? They should be experts in packing. They should be Olympic Gold Medal quality packagers. It's simple unacceptable that they were so careless that they caused new damage to an already faulty laptop.

I suggest that we both contact the store and explain this to them using very simple, short words so that even they can understand that they needed to take some care with your property.

Whether they replace the laptop, fix it or give her a refund is up to them but they need to choose one of those options very quickly.

Good day Richard, I need your assistance on this matter. In December we bought an L-shaped couch from a bedding store in North Gate mall. Within 2 weeks the couch started tearing up and we notified them of this in January since we were away for the holidays. They came to collect the couch on February 10th after a whole month of struggling to get them to collect it. They gave us a 2-seater couch for the interim and promised that we will get the same couch that we had initially bought but with a different material. Its been over a month now and we are still waiting. I called again this morning they promised to call back but still no communication from them.

Their response was that they are fighting the supplier over the issue. So we are the ones who are now suffering because of it.

It's not good enough.

The facts are very simple, simple enough even for this store to understand. They sold you something faulty and the Consumer Protection Act says very clearly that in this situation they need either to repair it, replace it or refund you. They were within their rights to repair it I guess but they also have an obligation to do so promptly. Section 14 (1) (a) of the Consumer Protection Act says a supplier like these should offer the "timely performance and completion" of any services they deliver.

And a second point. Who cares what their supplier is doing? Did you buy the couch from this store or their supplier? You bought it from the store and it's THEIR job to respect your rights. They can fight as much as they like with their supplier behind the scenes but it shouldn't be your responsibility or concern.

Again, lets both contact the store and offer them some free education on their obligations.
Posted by Richard Harriman at 11:09