Despite claiming to offer "The Road to Fun, Freedom and Fulfilment", the truth is less positive. 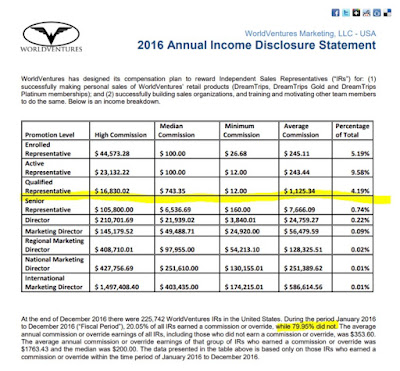 The figures that refer to their US operation in 2016 show firstly that 79.95% of the people who've joined make nothing from World Ventures. NOTHING.

Of those that make something:


So, like all other pyramid and Multi-Level Marketing schemes, it's only the people at the top that make money and they only do so at the expense of the vast majority below them.
Posted by Richard Harriman at 07:06