Twelve and a half years and five-hundred and ninety-seven articles ago, the very first Consumer Watchdog article began with this:


“The consumers of Botswana are being exploited. This isn’t really news to any of us but perhaps the sheer scale of it might still be surprising.”

Yes, I think it has. In the last decade, things genuinely have improved a great deal. There’s more choice, greater competition, and I personally believe that the general quality of service has improved. Of course, those three things are all connected. The more companies we have offering services, the more competition there will be between those companies and that inevitably leads to better quality of service for you and me. Those of us old enough will remember the days when BTC was the only choice for making phone calls and then Mascom and Orange came along and even though they still aren’t perfect, look what happened to BTC. In the late 1990s they were universally despised and now they still offer landlines but also cellular and data services across the country. Yes, as I said they’re still not perfect but at least they’re doing their best to compete with the others and their service is far, far above the levels they showed in the past.

The issue that the article twelve years ago covered was store credit and the extraordinary cost of buying things on, what was then and remains, hire purchase. That certainly hasn’t changed but I do believe that more people now understand what a terrible way it can be to buy things. Expensive, risky and unregulated.

The bad news is that there are other areas that haven’t changed as well.

Store security is one of them. For years we’ve been trying to explain to Mmegi readers that there’s a very simple rule about store security and the guards who enforce it. Despite their uniforms and their attitude, security guards are only civilians and the rights they have are only those of civilians like you and me. But not all security guards know that. 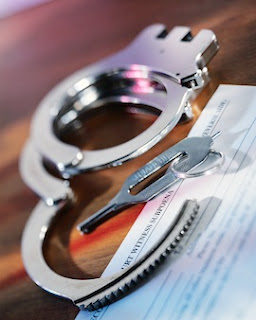 In May 2011 a woman went shopping in Pick N Pay at Riverwalk with her three daughters and some of their friends. As they were leaving the store a security guard from Scorpion Security blocked her way and demanded to search through her handbag. Rather than asking nicely he just grabbed the bag from her in a manner she described as “violent and physical”, searched through it and, finding nothing, handed it back to her. She claims that she felt “belittled and humiliated” by his treatment of her in front of her children and their friends but being a strong character she decided not to take this lying down. Her later complaint to the security company about the way their guard had treated her was met with a promise of an apology but this never came.  So she dragged Scorpion Security to court. And she won.  When the case was heard in the High Court in Francistown the Managing Director of Scorpion Security gave evidence in defence and told the judge that his “security guards could search. That they had the authority to do similar to that of Police Officers.”  Not true. Not even nearly true.  In his judgment the judge found that “indeed the Defendants searched the plaintiff without her consent and it was unlawful. […] The Plaintiff has proved her case on a balance of probabilities and I accordingly grant judgment in her favour.” He went on to say that she had suffered “humiliation embarrassment and impairment of her dignity as an honest member of society” and that she deserved compensation for that. He ordered the security company to pay her P60,000 in compensation.

Just a few days ago a consumer contacted us with the following story. He said:


“I was insulted by a security guard in Maun because I refused to be searched, they wanted to search the things I had purchased from their shop and I found that whole exercise to be inhuman and degrading. I told them that instead of being searched I would rather be given my money back and the manager was called to address the situation and he also blamed me for refusing to be searched. I ended up getting my money back and I will never set foot in that wholesale again. Is it proper for customers to be searched at the door after purchasing goods?”

Of course, we all know the answer. It’s simply NOT proper to treat customers like this. It’s exploitation and the customer was quite right to decide never to visit the store again and to exercise his right to tell everyone he knows (and the 90,000 people in the Consumer Watchdog Facebook group) about his experience and decision to take his money elsewhere.

Then there’s another form of exploitation. Perhaps a better word is “abuse”.

Many of you will have read and heard of a situation where a small girl was allegedly molested by a customer at a leisure resort outside Gaborone. The bad news is that this particular resort has a widespread reputation for such things. Many of us have heard stories for years that girls and young women ran the risk of being pestered by men, sometimes groups of men. The good news is that the management of the resort seem now to have taken the issue seriously and will be setting a higher standard of entrance and conduct for patrons visiting the place.

But the wider issue is how a business, whether it’s a bank, an insurance company, a supermarket or a leisure resort can offer its patrons a sense of security. I don’t mean being illegally searched by a guard with delusions of importance, I mean real security, the safety and welfare of the consumers who spend their money there. I mean a security guard who would take care to protect the customers, not just the store’s interests.

So things have changed for the better over the last twelve years, that’s true. But there’s still a long way to go until we’re free of exploitation and abuse.
Posted by Richard Harriman at 19:00