I need help. I received an email saying that I have won a huge amount of money in a world cup lottery. This was from Camelot UK national lottery. The claims finance manager was named as Ron J Marshall of tel no +447924551455 and email add of capitalfinance@mail.com

The online project coordinator is Cordelia F Swanton at ukcamelotprogramm@hispavista.com. These people are in association with RBC Royal Bank at Riverbank House. 2 Swan lake. London, EC4R 3BF. UK of tel nos +44(700)5930708 and +44(709)2849768 whom I am told is responsible for disbursing the monies to me.

I wish to be helped to see if this may be a legitimate organization or a scam as I’m required to pay 0.1% of my winnings in advance, for the funds to be released.

I would appreciate it if you could come to my aid.

Sorry, this is a scam, there’s absolutely no doubt about it.

The first clue is the obvious one. You can’t win a lottery that you didn’t enter, that not how lotteries operate. They don’t hand out cash to strangers in foreign countries who never bought a ticket.

Then there are other clues. All the phone numbers you give are UK cellphone numbers each of which has probably been redirected, probably to some West African nation. The physical address they give is actually of a company called RBC Wealth Management, not the fictitious bank they say. RBC Wealth Management’s web site even has a warning that their name and address are both being used by scammers.

What these guys want is the 0.1% they say you have to send them. That’s what the whole thing is about. That’s the “advance fee” they’re after. You don’t say how much they claim you’ve “won” but if it’s the normal sum of about £500,000 that scammers usually offer, I guess they’ll demand around P7,000 from you. If you do make the mistake of paying them this money they’ll just realize how gullible you are and do their very best to persuade you to hand over more and more money until either you finally realize that the lottery prize money simply doesn’t exist or you simply run out of money. Remember that scammers don’t offer refunds. 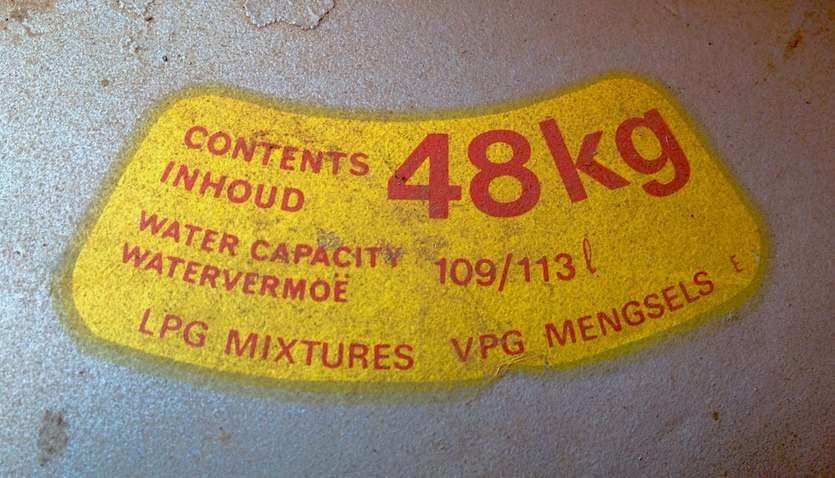 On the 31st December I bought a 48 kg gas cylinder for P850 and I was issued with a receipt. The reason I bought this was for me to have a backup so that the one I am using when it gets finish I can connect the new one.

On the 8th June I connected the new cylinder as the one I was using was finished and when I tried to light the stove it was not going on. Upon our investigation we realized that the cylinder that we bought in December had no gas in it. We then called the delivery man and he came to our place and he told me that he will talk to his manager on Monday 9th June which he did. When we called the delivery guy he told us that his manager told him that this cylinder was bought in December and as such he can not assist us as he doesn’t know what we have done with this cylinder.

I need your assistance in resolving this issue.

I think this is going to be a difficult one. The problem is the delay between buying the cylinder and reporting that it was empty. I suspect there’s no way of proving that you haven’t used the cylinder in the six months since you bought it?.

If you’d taken the cylinder to him within a day or two I suspect he would have been more helpful but after all this time the manager is within his rights to wonder if you’ve actually used the gas rather than it just being empty when he delivered it.

Nevertheless we’ll get in touch with the manager and see if he can’t do something to assist you.
Posted by Richard Harriman at 19:36