I got a loan from a bank which was meant to be for 3 years. However after about 15 months I had to leave Botswana but continued to service the loan. While I was away I asked the bank to give me a settlement figure so that I could settle the loan. They did and I promptly paid. I asked for a statement to show that the settlement had been done (I have copies of email correspondence with them), but they could not provide one as all they said was that the loan had been settled. I even involved a person in the bank's Head Office who was not party to the transaction, to try and get me a confirmation. The response was that their system was giving problems and as such could not print statements, but they reiterated that the loan had been settled. This was in August/September 2011.

A few weeks ago when I was checking my bank account I noticed that they had tried to get money from my account (after 4 months), without notifying me. However because I keep the barest minimum amount of money in the account, the direct debit could not be honored and my bank charged me for this. I therefore raised a query with the bank as to what was going on because as far as am concerned I do not owe anything. I also sought a reimbursement of the bank charges arising from the dishonored debit. After a few weeks of constant bugging them, they have come back to say they provided me with a wrong settlement amount.

How should I address this matter? Am I still liable even though the mistake was on their part and not mine?

Firstly they failed to give you the correct settlement amount. Secondly they couldn’t, or wouldn’t, give you a statement to confirm that you had settled the debt. Both of those are breaches of Section 15 (1) (a) of the Consumer Protection Regulations which requires any organization to deliver goods or service “with reasonable care and skill.”

The later issue, when they tried and failed to take more money from you without your consent, and for a debt they had indicated to you was settled is even worse. It’s incompetent, contemptuous and plain rude.

I suggest that you write to the CEO or MD of the bank and forcefully complain about their behavior. Demand a full explanation and a remedy for this. You are certainly entitled to get the bank charges back. I’ll also ask the people with banking oversight what they think of this. 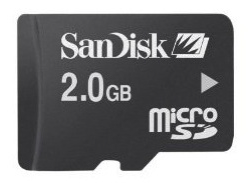 We’ve heard from several people over the last few weeks who have all reported the same problem.

They have each recently bought a fairly high-end, top of the range smart phone, sometimes a Blackberry, other times a Nokia but when they get it home they discover that some of the things they thought they’d bought weren’t there. Most importantly the memory or media card that the phone is meant to contain. For instance most recently we heard from a reader who had purchased a Blackberry 9700 Bold which, accordingly to Blackberry themselves, comes with a 2 Gigabyte, micro-SD memory card. You can upgrade that card separately if you want but Blackberry themselves say the box will contain a 2GB card. It’s exactly the same story with the Nokia phones. They come with the card in the box.

However, that’s what is MEANT to happen. It’s not what actually happens. It seems that staff in cellphone stores are removing these memory cards and selling them separately to the customers.

The situation is simple. When you buy something you have a right to find in the box what it says on the box. If the box says it’s a cellphone with a memory card then you have a right to expect just that. Failing to give a customer what is offered also contravenes several of the Consumer Protection Regulations. The product bought “does not match any sample or description given to the consumer” and the “representation of a commodity … [was] made with the intent not to dispose of the commodity [as] represented”. It’s completely unacceptable.

Stores that do this might find themselves out of business.

I contacted one of the stores that had possibly removed the card. The store's response is in red:


"We've had a complaint that you do not supply the media cards that come packaged with certain smartphones. Is this correct? This appears to be a contravention of Section 13 the Consumer Protection Regulations. Any comments?"

"Instead of media cards we have arranged with our suppliers to substitute them with pouches which most clients prefer more than cards as many will already posses a card or feel they can get conveniently unlike a protective case which is a must have for the phone. This actually has rendered our company the only if not amongst the few that sells the phones with pouches as many companies do not. eg our network providers may give the phones with cards but they do sell the pouches separately. And on top of all this the reason why we still get a good figure of foot-ins is coz our prices are so reasonable for the market."

"But don't the manufacturers ship the phones with cards? Isn't that what's advertised on the boxes the phones come in?"

"Not all sir, it depends On the manufacture and where they come from. Well that is to my experience in the field. Besides as a small motswana retailer I will not be telling the truth if I told you that I am dealing directly with the manufacturer as our supply comes from sub dealers. I hope this makes business sense."

Actually it DOES make business sense to me. VERY short-term business sense. You'll save money by removing the memory cards but you'll lose in the long run by stealing your customer's property.
Posted by Richard Harriman at 16:36