In November I sold my 2002 Toyota Corolla to a car dealer for P40,000. The agreement was that they will pay me in installments. I received a cash total of P3,000 the same date and got four cheques which I was supposed to cash at the bank or deposit them on the dates specified on the cheques. The cheques were signed by the owner in my presence.

I deposited the first cheque which was later sent back to me because of no funds in their account. In December I called the owner and told him that I will go and cash the second cheque on the 3rd January and asked him if there was money in the account and he told me to go and cash it. However that cheque bounced as the manager told me that the contact person I gave him told him that he does not know anything about the cheque. I then went to the dealership and found two other guys who told me that the owner is out of the country. They gave me P5,000 cash.

Later during the month the owner told me that he did not have money and he will pay me month end. I kept on checking him till Easter week when I went to meet him as he promised me that he will get a car for me as per the agreement we got into since he was failing to pay me. On that day he told me that his brother went to buy cars and they will be here first week of April.

Eventually he promised to give me the car or money on the 10th April. On that day I called him and he told me that he does not have the car nor the money and asked me to give him another 2 weeks. I told him that I won’t allow that since every time I come or call him he makes excuses.

I am hoping that you will be able to assist me.

Go to your nearest police station and report this crook. Tell the cops that he’s breached Section 23 of the National Clearance and Settlement Systems Act 2003. This states that:


"Any person who knowingly draws or issues a cheque… against which there are no sufficient funds in his account at a financial institution on which the cheque or other payment instrument is drawn shall be guilty of an offence and liable to a fine not exceeding P1500 or 3 months imprisonment or to both."

Giving someone a cheque that bounces is a serious crime. Maybe a visit from the cops will encourage your dealer to do the decent thing? 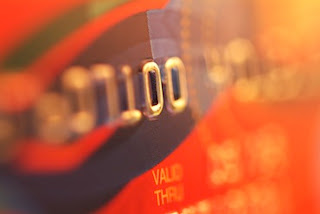 Last year around March/April/May I lay-byed winter clothes at a store. Later on I went to the store to clear the lay-bye with P150. I was paying by credit card, and the sales rep swiped my card and took P150 which reported on my phone. While still there he told me he entered the transaction as cash not credit card. I was told by the manager to go to a machine and get another P150 cash so that they can finish their transaction which means they took P300 from me. I was told they will reverse the first transaction of P150 that they took. I was given a week to wait for my money but it took long than they said. I went back to the store time and again but with no progress. The manager told me they reversed the money back in my account but there was nothing. They referred me to FNB to get a statement which I still have but with no money in my account. Please help!

How generous are you feeling towards this store? Their incompetence has cost you money and there are two ways of getting it back. The generous approach is to go to FNB and complete a Visa Dispute Form and they can go through the motions but that could take weeks. The alternative is to go back to the store and demand they give you back the cash they took from you. A manager should authorize that on the spot. It’s only P150 after all, that’s nothing to them.

We’ll get in touch with them to see if we can speed things along a bit.

Many celebrations this week. A reader celebrated Graham and his staff at Cappuccinos for a great birthday evening celebration. Another celebrated Poloko at Wimpy in Rail Park Mall for friendly and attentive service. Someone else wanted to praise Davis from Village Spar, saying that David makes her “feel like there is hope for the service in Gabs!” Yet another reader celebrated the team at Indian Spur at Airport Junction AND the team at Apache Spur at Riverwalk for creative solutions when they had phone problems. Finally Gosego and Jacqueline at Water Lily Lodge in Kasane were praised for their “warm reception” and “world class approach”.

Well done to them all!
Posted by Richard Harriman at 15:36