On the 18th I returned the spare part with my sample part and they told me they will source for the correct part. Upon receiving the quotation (P5,500) the price was more than double the previous price and I told them I cannot afford hence the request for refund. The answer that I received from the manager, I quote, “No problem, but it will take time for refund, once we have enough cash we will call you.”

My question is that is it lawful for them to tell me that it will take long for them to refund me. Since I had paid them cash, do I have to suffer to get my money back. 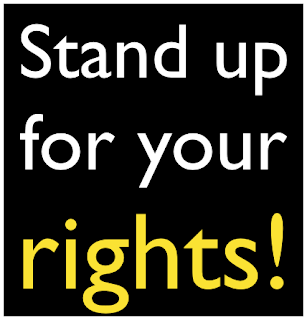 Just so everyone understands, we don’t have a right to change our minds when we buy something. I know some stores allow customers to return things, but that’s just good customer service, not a consumer right. It’s not something you can insist on in other stores.

The right we DO have is to return something that is faulty or that was mis-sold but I don’t believe either of these happened in your case?

Nevertheless, the store has said they’ll refund you in this case which is good news but I can understand your frustration that they are taking so long to make it happen.

I suggest you speak to the manager or owner and ask exactly how long it’s going to take. That’s not an unreasonable request.

I need a refund as well!

I bought a phone last year July which is still under warranty of 12 months. By November the phone started giving me problems, it started freezing and I took it back to them. It spent a full month there being repaired.. When they called me to come and collect it I found it not working again. I returned it to them same day and they told me they are taking it back to the technician. I kept checking in on them and I was told that it was still with the technician. December they called me to come and collect it. I went there, just when I was about to leave their shop I realised that the screen was not fitted properly. I immediately took it back. They apologized and took the phone back. January they called me back, I went to get it. I inserted the sim card on the 3rd day after collection, then BOOOOM!!! the phone still freezes. I took it back again and demanded my money back since they could not fix it. They have been having my phone for the past 3 months or so and they said their office does not handle refund cases. Shocking I know. Now they said I should top up with P500 and get a different phone. The thing is I do not trust them and their technician. I just want my money back. Please help me.

This is ridiculous. The good news is that law is on your side.

Section 16 of the Consumer Protection Act says that when goods are faulty the supplier is required to repair them, replace them or refund the customer. That’s quite simple. It’s important to know that it’s up to the supplier to decide which of those three options they offer you.

However, the Act then says that if goods are repaired and the same problem occurs within three months the supplier is then required either to replace them or refund the customer. They no longer have the right to say that they’ll repair the item.

This is a powerful new protection that we consumers now have and it’s very important that we all understand it. Suppliers now only get once chance to repair things. Once only.

I suggest that we both educate this supplier on their new obligations and see if they can behave better!
Posted by Richard Harriman at 17:45