Do I get my premiums back?

Please help me here sir. I want to find out if there is anything that I can benefit from the just terminated funeral policy I had. I happened not to be able to pay accordingly because of some commitments and failing to reach their office for payment. I never had any issues of paying the policy while I was using Standard Chartered bank so when I moved to Bank ABC they told me they do not have stop orders with Bank ABC and there is no way they can help unless I pay over the counter of which this led to me not being able to be consistent due to several reasons. So today I went to pay so they told me the policy has been terminated on the 15th of February. 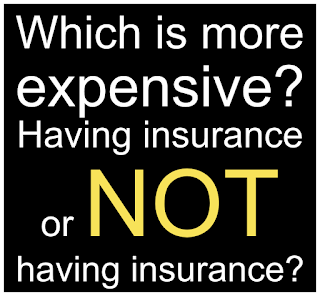 You’re not the first person who’s contacted us with this question. In fact, we hear it all the time and it’s a clear sign that the insurance industry is doing a very bad job at educating consumers on what insurance actually is.

The common misunderstanding is that what you’re buying is the transfer of risk, it’s not a savings scheme. If the event against which you’re insuring happens then the costs are paid, but if the event doesn’t happen you don’t get your money back. You were buying cover against the event happening, not an investment. It’s like paying rent to occupy a house. If you signed the tenancy agreement but never actually moved in, would you expect the landlord to refund you? No. It’s the same with insurance if the bad events you’re insuring against don’t happen.

The good news is that you can start another funeral policy really easily.

Should they have let me test it?

I bought a budget semi-smart phone from a Rail Park shop on 12th Feb, at a small amount of P200 to use while awaiting my iPhone which is undergoing repair. When I requested for the demo phone to be switched on so that I can browse to check if it meets my taste, I was told it can only be done once I have paid for it (made no sense to me). I bought the phone and later realized its super slow and frustrating to type with it. In 2 days time, as I stay in Jwaneng, I went to Jwaneng shop requesting to return and buy different model from same shop. They told me no returns accepted. I will be meeting the branch manager this coming Monday as he was away. The only thing I signed is SIM registration. It seems I should have also signed 'warranty card', which never happened. I don’t know what is contained in guarantee card but I don't see any fairness in buying a phone you have no idea of until you have purchased it but you are not be allowed to return unsatisfied.

My first observation is that it’s always going to be a difficult experience, downgrading from an iPhone to a P200 phone, that’s just to be expected, isn’t it? We can argue the merits of iPhones and its competitors but if you’ve spent time using a high-end smartphone of any origin, using an entry-level phone is going to be a shock.

Let me know what the store manager says and if they come up with a solution. If they can’t or won’t address your concerns, at least you have a backup phone you can keep for emergencies.
Posted by Richard Harriman at 12:58