Can’t I get my refund?

Please advise. I booked and paid for a return ticket from Gaborone to Joburg. The departure date was 29th December and return on 1st January. However, a few days before departure I was told that I might not use the same transport for my return trip and that they will make arrangements for me on a different bus and relay the information to me by 30th December, which they didn't, despite me making follow ups with them. I checked on them again on the morning of 31st and when they did respond I was told I had been booked on a bus that will be leaving Joburg at 12:30pm, something which didn't sit well with me since I wanted an earlier bus. I told them that I will make my own arrangements and requested for a refund but my request was declined, citing that it's against their policy, and that I will use the ticket next time I travel with them. The thing is, I have no plans to travel to Joburg anytime soon and definitely not with them. Now my question is, are they right to refuse me a refund?

Are they right to refuse you your refund? I think that depends very much on the conditions you agreed to when you bought the ticket. If the Terms and Conditions say clearly that no refunds are payable, and you acknowledged them before you agreed to buy the ticket, then that’s how things must be. But did you actually agree to these conditions?

(I asked this consumer whether she had actually seen the terms and conditions and she said:

“I was told about the receipt having the T & Cs just 2 days before departure and I was in Francistown by then and was only going to arrive in Gaborone on Saturday evening for the Sunday morning departure. I was initially told that I will be sent the receipt after I made the payment, so I guess I could have been aware of the T & Cs well in time should they have done so.” 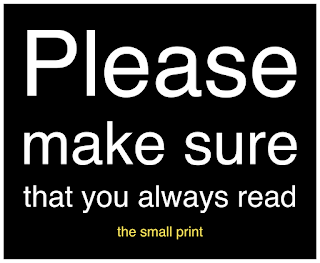 It seems to me quite clear. How could you have agreed to these conditions when you weren’t aware of them? The good news is that Section 25 of the new Consumer Protection Act says that a supplier must give the consumer “a copy of the written contract, at the time the transaction between the supplier and the consumer is entered into”. Not the following day, not a week later, at the time you agreed to it. Those terms and conditions were critical parts of the contract you signed with this bus company and they failed you by not telling you about them on the day you bought the ticket, instead of some days later. I suggest you tell the bus company this and see if they want to face a fine of up to P100,000 or serve a term of up to five years in prison. Or both!

Was it just my mistake?

I made a stop order of P100 from my current to my savings account in June 2013. I erroneously wrote a wrong account beneficiary account number by 1 digit. The money went to the person I don't know. I have been checking the account and just thought the stop order didn't materialize up until I realised this in 2019 and reported the matter to the Bank. After a long investigation the bank has written to saying that can't refund me. What's painful is that they know the person who got my money. They told me that the person is saying he can only give me P100 per month for 6 yrs. Please on how I can go about this case. I have already reported to the police and they are also taking too long to help.

I agree with them that yes I have made a mistake. My worry is why is the bank not accepting that they are also at fault because they have 2 people who checked and approved the application. Why could the fail to check that the beneficiary name and account number doesn't match.

I agree with you that the bank should obviously have checked that the beneficiary name matched the account number you gave. However, it’s not the first time I’ve heard this. In fact I’ve heard of similar situations many times. Here’s a question for all the bankers reading The Voice this week. Is this normal practice? Is it so difficult to check that the name on the instruction is the same as the name in your incredibly expensive, top-of-the-range computer system? You know, the system WE, your customers paid for?

I’ve contacted the bank in question to see what they say. Yes, you made a mistake when you completed the stop order instruction and you made an even bigger mistake by not checking your account for six years, but this could easily have been avoided if the bank had spent just a couple of seconds helping you to prevent an expensive mistake!
Posted by Richard Harriman at 13:29