Am I entitled to a refund?

I purchase a Nokia 925 cellphone in Dec 2014. Thereafter the phone had a problem of producing excessive heat, and was taken to the store to be repaired in January and they were unsuccessful. A new one, the same model was given to me as replacement. In May, the switch of the new phone was not responding and I took it back to the supplier again for repair. The following day, the phone could not pick the network and I returned it for further scrutiny.

Later they informed me that the phone cannot be repaired and instead they will replace it. I could not agree and instead I informed her that I wanted my cash back. She then called her manager to join us in a meeting for further discussion. He informed me that they will borrow me another phone while waiting for a response from Microsoft about problem of the phone. In that meeting I emphasized refunding because of no longer have confidence on their products, i.e being replaced time and again. The gentleman called me 5 days later and informed me that Microsoft response was that they should give me a Nokia Lumia 930, a different model as a replacement my phone. I informed him that I still stand by my decision to be refunded. His response was that they cannot not assist me with anything and I can seek assistance somewhere else if I wish to do so.

My major worry is that what is going to happen to the phone beyond warranty period. I am therefore seeking your assistance to reclaim my money back.

I’m sorry to hear of your problem.

Section 13 (1) (a) of the Consumer Protection Regulations says that suppliers must offer goods and services that are "of merchantable quality”. Clearly the first two phones you were given failed that test. In these circumstances you have a right to one of the three ‘R’s: a refund, repair or replacement but, importantly, it’s up to the supplier to decide which ‘R’ they choose.

I suspect that it’s reasonable of them, now that two Nokia 925s have failed, to offer you an entirely different device, so long as it’s of at least the same quality and value. My understanding is that a Nokia Lumia 930 is a better equipped device than a 925 so my recommendation is to take the better device. Your warranty will still be from the original date of purchase, December last year.

An update: how to fix a problem 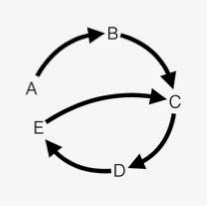 A couple of weeks ago I answered a reader’s request for help with her insurance company. She asked them to cancel her policy from March this year but they failed to do so and continued to deduct money from her account. She then called Mr A who referred her to Ms B, who asked her to write a letter to Mr C but that didn’t work and more money was deducted in April. She was then told to speak to Mr D who advised her to speak to Mr E who in turn referred her back to Mr C.

By this stage she was dizzy and confused and asked us for assistance. I contacted the insurance company and they responded within a couple of hours. I think it’s worth quoting their email in full.


“I acknowledge receipt of the e-mail, thanks a lot Richard for forwarding the e-mail through to us.

I have just called the client and have expressed our sincere apologies for the service lapse. It is clear from the customers complaint that she submitted a cancellation letter in February and has been tossed around ever since. I have as a result committed to the client that we will refund all the premiums from March to date.

We will have an internal investigation into the matter. We really appreciate the feedback as it helps us improve.”

That’s how you fix a problem. You thank the person who told you there was a problem and then call the customer and apologize, acknowledging the situation and your company's responsibility.

You then fix it.

Finally you do your best to find out how it happened and make sure it's not likely to happen again.

Congratulations to the company involved. If only more companies behaved like this.
Posted by Richard Harriman at 09:40